March Break - Fun Things for Teens to Do in Toronto

Kathy is a Canadian freelance writer and blogger who is the mom of teenage twins.

March Break will be hear before you know it. Are you ready for it?

To avoid having your teen complain about being bored - or worse still, sit around texting and playing video games all week - it's best to have a plan for fun activities to keep them busy.

Here are some of the fun opportunities available for teens in Toronto during March Break 2014:

Camps for Toronto teens offered during March Break include:

Downsview Park Leadership Camp - A program for young teens ages 13-15 to help develop valuable leadership skills. Includes a wide range of activities which may include park stewardship, indoor rock climbing, and other sports at the Downsview Park Sports Centre. After successfully working with some of Downsview Park's younger campers, participants receive a leadership certificate.

Harbourfront Centre Camps - Offers a variety of March Break camps for children and youth up up to age 17.

Toronto offers many opportunities for teens interested in the arts. March Break arts programs for teens include:

Centre for the Arts Film Camp for Teens At this five-day intensive camp, teenagers will gain firsthand experience in professional filmmaking. They will produce, write, direct, light, shoot, act in, and edit their own films. Daily workshops led by industry professionals are immediately followed by film shoots, putting these creative and technical ideas into practical use. This training builds towards the successful completion of the teens’ final short films. Regardless of their level of experience, the teens will have the opportunity to participate in all aspects of the filmmaking process. Everyone will take home a copy of the films, and on Friday afternoon there will be a celebration and screening for family and friends!

Living Arts Centre TV Techniques For teens aged 11-14. Teens learn the fundamentals of TV production and receive technical training in camera, lighting and sound. They also participate in writing and acting and produce a TV episode, which is premiered on the last day of camp.

There is no reason at all for teens to be bored over the March Break. Even if they're not participating in any camps or other programs, there are many fun opportunities to keep active.

Other Fun Activities for Teens

Fun Places for Teenagers in Toronto 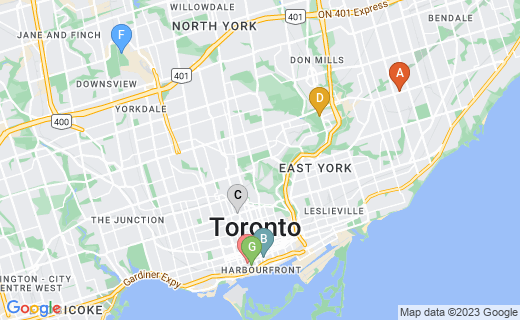 Laser Quest is a family entertainment venue combining the classic games of hide-and-seek and tag with a high tech twist.

Home of everything hockey, including the Stanley Cup, a wide array of hockey memorabilia and interactive hockey displays.

Teens interested in natural history or world cultures will enjoy exploring the many galleries and exhibitions at the museum.

Watch an IMAX film in the OMNIMAX dome, or explore the many interactive displays and exhibitions, including the interactive Game On 2.0 Exhibition.

Have fun on electric go-karts in this indoor facility, with over 47000 square feet of space.

Visit the brand new aquarium in Toronto to get up close with sharks, stingrays and much more.