My Daughter had Nocturnal Enuresis

Nocturnal enuresis became a frustrating problem for her as well as the rest of the family.

I found that bed wetting was an issue that people just didn't talk about. I stumbled my way along trying to come up with a solution to the problem ? even though I wasn't sure if there was a way to stop it.

After trying a couple different methods, I was right back where I started. It was only by chance that the answer was handed to me.

I found the answer to stopping my daughter's bed wetting in a magazine ad. That's right. My doctor didn't offer any answers and I had exhausted the recommendations from friends and co-workers.

This lens will explain the steps we took and what finally helped my daughter.

Every child is unique so the approach that I took may not work for your family but maybe one of the methods we tried may work for your child.

There are different reasons for wetting the bed but one factor that may surprise some people is the large number of kids that struggle with the problem. It's actually a very common issue.

Between 5-7 million children wet their bed.

For 75% of cases, bed wetting is inherited by one of the parents or a closely related relative.

In our case, my husband and my mother wet the bed during their grade school years. Due to the hood of shame that was associated with bed wetting, this news only came to light once my daughter's problem came up.

Kids naturally gain control of their bladders when they're sleeping but it occurs at different ages. Between the ages of 5-10, most kids will gain control naturally.

The Shame of it All

Unfortunately, we can't pick our parents.

Some parents believe that punishment is the way to approach a problem such as wetting the bed. I have no doubt that kids everywhere are punished for something they have no control over.

My mother was a bed wetter and she told me stories of how humiliated she felt when her mom would shame her in front of her brothers and sisters. Her mom believed embarrassing her would correct the issue.

I'm sure she was also teased by her siblings. That's the way kids are. They can be cruel at times.

It's no wonder so many people refrain from talking about that part of their lives. If they were punished as a child for having urine soaked sheets, then you know they're probably mentally traumatized about the topic.

How About Your Family?

Has a Member of Your Family have a Bed Wetting Problem?

The shame and embarrassment felt from wetting the bed can also impact a child's relationships. It can negatively impact their social life.

Birthday parties routinely include a sleep over especially with little girls. My daughter couldn't spend the night over anyone's house except for my mother who understood the problem.

It was quite some time before we finally figured out what my daughter's issue was but once it was diagnosed the cure was immediate and consistent. She never wet the bed again!

Once Sam was on the hormone replacement, she completely stopped wetting the bed.

After the issue had disappeared, she was a social butterfly. She loved sleep overs. I would just explain to the parents the drops she needed before bed and all was well.

Our Quest for Stopping the Bedwetting

My first daughter, Sarah, was potty trained by 2 and half years. It took me awhile to figure out what would motivate her and then I finally found the answer - chocolate.

Yup, that's my first born and she takes after mom. Chocolate is my weakness. Once I offered up M&Ms to Sarah whenever she used the potty, it took a week to get her out of diapers. I supplied the day care with a day time bag of chocolate so the consistency helped.

I knew she was capable - it just seemed like she didn't care about "wearing big girl panties". I found her weakness.

Her only issue was at night. So putting a large diaper on her every night seemed OK up until she was three but by the time she was almost 4 we realized this wasn't typical.

It would have been easier to accept that she was in too deep asleep but Samantha was an unusually light sleeper. She didn't require much sleep, even as an infant, and getting her to fall asleep was a problem for years. The idea that she couldn't rouse herself just didn't make sense to me.

When I brought it up to my family doctor, he was no help and used the word "lazy". She was a chunky kid and I felt the doctor was stereotyping her and blowing me off. That's when I decided to try and find a way to correct the problem on my own.

It was possible that she would just outgrow it in time, but it negatively affected her social life as well as her sleep habits. The nightly disturbances was taking it's toll on the whole family.

Many a night, she would have 2 accidents which meant two sheet changes, nightgown changes, etc. And I'll admit, my hubby and I were getting impatient with the situation. No one was sleeping through the night. It was rare that she'd go through an entire evening without an "accident".

Night after night of disruptions can make anyone grumpy. I knew it wasn't intentional but we were losing patience.

A co-worker of mine heard about the bed wetting issue and told me how she went through the same experience with her son. She eventually found the answer with chiropractic treatments. The chiropractor found a misalignment. It can even be a subtle misalignment caused by any type of fall. A few visits and her son stopped wetting the bed.

After hearing her story, I made an appointment with the same doctor even though it took me about 45 minutes to drive my daughter there.

After examining her, he felt her hips weren't perfectly aligned which may be causing the bedwetting. He thought she wasn't feeling the urge strong enough when she was asleep.

We quit the chiropractor after about 7 visits..

At the time we were going through the bed wetting issue with my daughter, the alarms that are popular today were just catching on. It was expensive but my very supportive mother bought it for my daughter.

If you're not familiar with how these alarms work, I'll explain our experience. The model we had worked by attaching a sensor to her underwear that she would wear to bed. It attached via a small wire to a tiny plastic piece that you attached to her nightgown collar.

The idea was to have the alarm near her ear. When the child begins to urinate, the sensor gets wet and emits this high piercing alarm that should wake her so that she stops urinating before she really gets going.

By waking her up at the beginning of urinating, it was hoped that it would eventually become automatic. It would "condition" her to learn how to wake herself once the urge to urinate became

The urge to urinate should ultimately wake her up without the alarm once she was trained.

This was over twenty years ago and the model we used didn't have a volume control as many models have now. The noise was piercing. It not only startle my daughter awake, it would make me jump out of bed like our fire alarm was going off.

The first couple of nights, she did wake up and would finish peeing in the bathroom but eventually she became acclimated to the routine.

She'd begin to urinate and the alarm would sound. We'd rush in her room, turn on the light, and find her sound asleep and oblivious of the alarm.

She was so exhausted from these nightly interruptions that she began to sleep through the piercing sound of the alarm! After using the device for a few weeks, we decided it was not the answer to our problem.

The Magazine Ad that Changed Everything

It was just dumb luck that I happened to pick up a magazine that addressed an issue that some kids are born.

The ad was for a hormone replacement therapy that corrected nocturnal enuresis.

There's a hormone called the antidiuretic hormone, or ADH. Normally, this hormone will cause the child to yield less urine while sleeping. But for kids that don't produce enough of this hormone, their bodies produce excessive urine while they're sleeping.

After reading about the treatment, I brought it up to my family doctor next time I took my daughter in. He was willing to give it a try although I felt he was humoring me.

He subscribed the DDAVP nasal spray for my daughter.

Well -that was the answer! One shot of this DDAVP nasal spray in each nostril every night and no more accidents! It was such an easy fix after all the other methods we tried! It was also the least expensive treatment and the least traumatic for my daughter.

When she spent the night at someone's house, the medication went with her. There were no side effects and she didn't mind a shot of spray in the nose every night. She was as happy about the nose drops as we were!

She stayed on that nasal spray until she reach puberty which is when her body started producing enough of the hormone so that she didn't need the extra help. 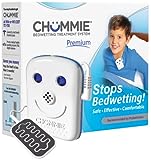 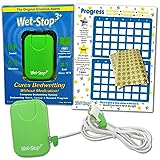