Should You Discipline Your Kids?

The Lost Art of Discipline

This topic has been discussed in every forum imaginable. It's potentially explosive because parents don't like to be told how to raise their children. People like to believe their kids are perfect. Let's cut to the chase... As a former gymnastics coach of 25 years, the children and parents I have encountered began in 1987 with children who knew their place as the child. They had respect for their parents and teachers and coaches. They expressed a great deal of internal motivation and were very hard workers who rarely complained. Of course there were always a few exceptions but for most part, that described the athletes on our competitive gymnastics team.

Forward to 2012. The norm is children who arrive late and don't want to work-out. They leave early, complain constantly and are being bribed monetarily by their parents to get good scores. Teenagers who literally have temper tantrums (the kind where they throw themselves to the floor) because they are missing something, not winning a game or they are not performing well. They don't have the emotional or mental apparatus to succeed in the gym and are scraping by to succeed at a meet. I'm wondering, how are they going to succeed in the real world?

I've watched mothers kneel and ask their four year old child if they want to take swimming lessons. Why is the opinion of a toddler relevant? You're not going to push them off a cliff. You put your child into several activities and then see what they excel at or what they fall in love with. Plus, swimming is not an option, it is a life skill that everyone should have. It can and will save your life. If you allow your child to dictate to you, they will do just that. DICTATE. If you want respect then create an atmosphere that ensures you will have it. Don't ask your three year old for their opinion, tell them how it's going to be or what is going to happen and then follow through. I don't advocate being harsh, I advocate being straight forward and fair. Children thrive in homes with discipline. How many schools allow the kids to decide the curriculum? I've never had my child tell me that their teacher allowed them to decide everything they were going to do for the week. It would be chaos and so will your life. If your life is chaotic right now, make a list of the behaviors you want to change about your child and then systematically work on changing them one at a time.

Final Thought: Don't count to your kids. It's absurd that you will give them a cushion of time to follow your instructions. Think of it this way; How many times have you counted to five and it has actually been more like six or seven or twenty? There should be no leeway. You have to be able to trust your child. When your child is a teenager with a 10:00 pm curfew you want to trust that they will respect that curfew? Trust is built early and you can identify it with your kids at an early age. Let them know how they are building acts of trust. Maintain your boundaries and don't feel badly because you disciplined your child. As an adult, you don't need child-aged or teenage friends. You parent to be a parent, not to be a friend. Children look to you to guide them and instruct them. I guarantee it's much harder on you than it is on your child when you provide discipline but hang in there, it's worth it in the long run! 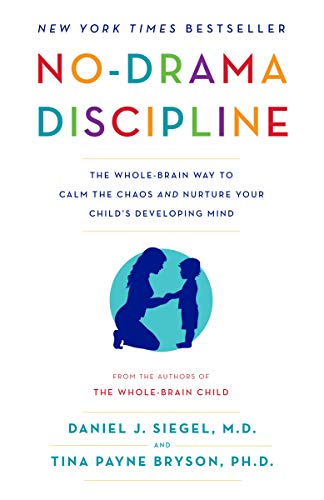