Choosing a Name for a Child Can be a Difficult Decision

Popular Names in the United States

Baby Names from A to C

Aaron - A biblical name with Hebrew origins, Aaron is believed to mean "high mountain" and "exalted". Aaron is one of the top 50 most popular names for boys in America. The name is even more common in Ireland, Sweden and Belgium.

Aiden (also spelled Aidan) - An Anglican based name created in the 7th century, Aiden became popular in the United States during the 20th century. Aiden is an old Irish name which means "fire" and is supposed to describe people who have a ravenous hunger to pursue their dreams and accomplish as much as possible.

Braiden - An ancient Irish name, Braiden has become very popular in recent years. The true translation of the name is actually "salmon".

Christopher - This is an ancient Greek name that is most common in the United States. The name Christopher means "bearing Christ" and is typically a religious name.

Charles - Originally a Germanic name, Charles comes from the name Karl. Meanings associated with the name Charles include "warrior", "soldier" and "strong man".

Amanda - Created in the Middle Ages, Amanda is a name that derived from Amandus. The name means "loving", "caring" and "worthy of love".

Alicia (which comes from the name Alice) - A popular French name that became commonplace after Lewis Carols' "Alice in Wonderland", the name Alice and/or Alicia means kind and noble.

Bridget - An ancient Irish name originally spelled Brighid, Bridget means "exalted one" and is popular in both the United States and the UK.

Chloe - Associated with the Greek goddess Demeter, Chloe is a name with Greek origins that means "green shoot".

The Name Book: Over 10,000 Names - Their Meanings, Origins and Spiritual Significance 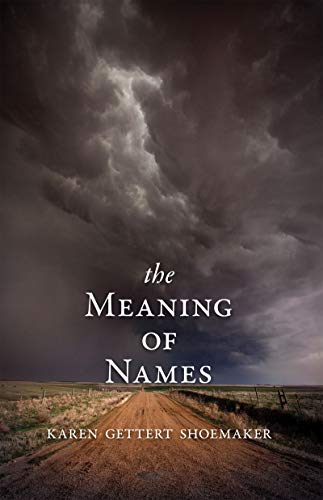 The Meaning of Names
Buy Now

Baby Names from D to F

Ethan - A Hebrew name that means "solid" and "enduring", Ethan grew in popularity during the 20th century. Ethan is one of the top ten most popular names in the United States, Canada and Australia.

Frederick - A Germanic name that means "peaceful ruler", Frederick has been a common name since the 12th century. It is most popular in Norway, Sweden and the United States.

Danielle - A feminine version of the French name "Daniel", Daniella means "God is my judge". This name is popular in both the United States and in England.

Felicia - A female name that comes from the masculine name Felix, Felicia is a name with Roman origins that means "lucky" and "successful".

Baby Names from G to I

George - A Greek originated name that can be traced back to the 1500s, George is a humble name that means "farmer" and "earthworker".

Gregory - Originally of Latin origins, Gregory is an English name that means "watchful" and "alert". Although the name was very popular during the end of the 20th century into the beginning of the 21st century, the name has become much less common.

Henry - A German name that dates back to the 15th century, Henry is a noble name that means "powerful ruler", "leader of the home" and simply "ruler". The name Henry is popular in New Zealand, Austria, the United States and Australia.

Gabriella - A female form of the name Gabriel, Gabriella is a name with Hebrew origins that means "strong follower of God". The name is most popular in France, Belgium, the United States and Italy.

Hannah - A Hebrew name, Hannah means "grace" and "in good favor". This name grew in popularity after the Protestant Reformation and is popular in Canada, Austria and Ireland.

Isabel - A Medieval form of the name Elizabeth, Isabel became a popular name throughout Europe during the 1800s. Isabel is a name that means "to live for God" or "one with spiritual abundance".

The Complete Book of Baby Names: The Most Common and Most Unique Names

Do you pay attention to meanings behind names?

Baby Names from J to L

Jacob - Formed from an ancient Latin name, Jacob is a Hebrew name that means "holder of the heel" and "may God protect". The names Jacob and James are derived from the same source. Jacob is a name most popular in the United States, England, Canada and Northern Ireland.

Kevin - A name with Irish origins, Kevin is a masculine name that means "kind", "gentle", and "handsome". People named Kevin are most often found in Ireland, England and the United States.

Liam - A shortened form of the German name William which can be traced back to the 8th century. The name Liam means "strong willed" and "helmet/protection". This name is popular in Denmark, England, the U.S. and Australia.

Jessica - First used by poet William Shakespeare, the name Jessica dates back to the 1500s and is linked to the ancient Hebrew name Iscah, which means "to behold". Although Jessica used to be one of the most common names in the United States, it is no longer frequently used in the U.S. In England however, Jessica is one of the top five most common female names.

Julia - A female form of the male name Julius, Julia is the number one most commonly chosen name for females born in Catalonia. Julia means "youthful" and "young at heart".

Katherine - Spelled with a C or a K, the name Katherine has Greek origins with a heavy religious overtone. A popular choice in Canada, Chile and the United States, Katherine means "pure heart" or simply "pure".

Lauren - Originally a male name in the form of Laurence, the female name Lauren only became popular in the early 1900s. Lauren is a name that means "flower" and "beautiful". Today it is most popular in Ireland, but also common in Canada and Scotland.

Baby Names from M to P

Michael - An old Hebrew name with heavy biblical ties, Michael means "who is like God". This name dates back to the 12th century and remains popular today. Michael is one of the top ten most popular names in both Ireland and the United States.

Mark - Short for Marcus, Mark is a biblical male name that took off during the 19th century. The name means "man" or "real man" and has ties to Greek mythology. Today, the name is most commonly used in Slovania and Hungary.

Micah - After the Protestant Reformation, the name Micah became popular amongst Puritans. Derived from the name Micaiah, Micah means "who is like Yahweh?" Today, Micah is a popular name for both men and women, with the name making the top 1000 used names for both genders in the United States.

Peter - Petros is the Greek root for the name Peter, which translates into "stone". A name with strong biblical ties, Peter used to be one of the most popular names in many parts of the globe, but has dropped in popularity over the last two decades.

Meghan - Originating from the name Margaret, the name Meghan became popular during the mid to late 20th century. Meghan is a name with Greek roots that means "pearl". Meghan is most commonly a name given in England and Ireland.

Natalie - A Latin name that dates back to the 4th century, Natalie is a female name that means "Christmas day". Natalie is most popular in the Czech Republic, and can also be found in the United States, Canada and New Zealand.

Olivia - A name created by William Shakespeare for his comedy titled "Twelfth Night", Olivia is the female version of the male name Oliver. The name Olivia means "peace" - which comes from the olive branch. Olivia is one of the top five names in the United States, England, Canada and Australia.

Phoebe - A Greek name with Latin influences, Phoebe is a female name that means "bright" and "pure". The name gained popularity after the Protestant Reformation, and is most popular in England and Australia.

Does Your Name Reveal Anything About You?

Baby Names from Q to T

Quinn - Derived from the ancient Irish name Conn, Quinn is a male name that means "chief" in Gaelic. Despite the strong Irish roots of the name, Quinn is actually more common in Netherlands. In Canada, Quinn is a popular name for girls.

Robert - A name with German roots, Robert is a masculine name which means "bright fame". The name dates back to the 14th century and is most popular in Iceland, Ireland, Hungary and the United States.

Sean - Also spelled as Shawn, the name Sean is an Irish version of the name John. With Greek origins and heavy Irish influences, the name Sean means "Yahweh is gracious." The name is most common in Ireland, Scotland and the United States.

Rebecca - An ancient Hebrew name that was formed from the Hebrew word for "snare", Rebecca is a popular name in Ireland, Italy, and Scotland.

Rachel (or Rachael) - Rachel is a Hebrew name with heavy ties to the bible. The name means "ewe" and is popular among followers of the Jewish faith. Rachel is a popular name in Australia, New Zealand, England and the United States.

Sarah - An ancient Hebrew name, Sarah means "princess" and "lady". Popular all over the globe, Sarah is a common name amongst females living in Austria, Ireland, France, England, Belgium, Canada and the United States.

Baby Names: The perfect guide to choosing a name for your baby girl or boy with the inclusive meaning and origin.
Buy Now

Baby Names from U to Z

Walker - The name Walker has English roots and was created to describe the job of a fuller, also known as a "walker" The name comes from an Old English term that meant "to walk". Walker was a popular name in many places during the 17th through 19th centuries than lost popularity. Recently however, there has been a surge in male babies being named Walker.

William - A masculine name with German roots, William means "to will something" or "desire". It has also been said that the name means "protection" or "protector", based on helm, which means helmet. William is one of the top ten names for males in the U.S., England, Australia and Denmark.

Zachary - A more traditional form of the Olde English name Zacharias, Zachary is a name that means "Yahweh remembers". The name has Greek, Hebrew and English roots and is most popular in England, Canada and New Zealand.

Vanessa - A name invented by author Jonathon Swift, Vanessa originated in the 1700s and means "butterfly". Although Vanessa is most popular in Austria and Croatia, it is also common in the United States and England.

Whitney - A name that is equally common amongst females and males, Whitney is a name with English roots and is common in the United States and in England. The name Whitney means "white island".

Willow - Originally just a tree, Willow has gained popularity as a name for females that means "graceful" and "slender". Willow is a popular name for girls in the United States, England, Canada, Australia and Scotland.