One of the toughest questions I deal with is " Are you working?" That in itself is a difficult question for me to answer. When me and my husband decided that I take a year off we were unaware of Chloe's special needs. I had a good job running a school and unfortunately due to these tough economic times it closed in Feb. of 2011. Me and my husband had thought a lot about the difficulties we might have taking a year off to be with the kids but ultimately we decided I would take a year off and be the kids. I started looking for a job right after the first of the year and with no luck. I have a college degree and lots of good work history but so does a lot of other people that are now having to go back to work or seek other employment due to the economy. At about the same time we started noticing that Chloe wasn't meeting some of her milestones, especially in the speaking department. In fact, she wasn't even saying small words and we had to shift our focus off of me finding and job and find out what was going on with Chloe and what steps we needed to take to get her on track.

How Do You Juggle?

One of the most difficult decisions for a mom to make is choosing between her family and her job. For some it is easier for others not so much. But the question still haunts me "Are you working?" I deal with it on a daily basis, what people must think and how people must not understand what my day is really like and that I do work I just don't get a monetary paycheck I get a different kind of paycheck. I get paid in smiles, hugs, kisses. I know to some this sounds like not much and maybe it isn't in somebody else's eyes. Chloe is my angel she got me through a really tough time in my life and now she needs me more then ever. The little milestones we reach, 2 months of working with her everyday just to see her play with a toy and not just organize them, or to see her sit near another child, that doesn't come from not working. It comes from 2 therapist and me working with her everyday to try and make her day easier.

Just the other day me and Chloe's OT decided to take her to the park. A change in her usual therapy session. Sounds like fun and Chloe loves the park, when she knows we are going. We drive over to the park with her crying then she has a screaming fit at the park for about 15-20minutes. The only way to calm her was to apply presurre to her shoulders and let her squeeze a familiar toy in her hand. It took some time but we were able to get her to at least approach the merry go round and only after being able to touch it and push it herself would she allow us to hold her and go around slowly. We then let her get off because she started to get fussy and wanted to try the swings, she got upset and wouldn't even come close to the swing set but then slowly walked back over to the merry go round. This whole time though she would only go so far away from me before she would turn around and make sure I was close by or near to her. As you can see a simple trip to the park for fun and play is not so easy when dealing with a sensory child. For those who don't have a sensory child consider this, this was only 1 hour out of the day and this is just one example, we have many. The worst part for us is she can't talk so she can't tell us what is wrong, why doesn't she like the swing?? She loves for us to swing her, she loves to jump and bounce and run and spin but something about the swing she just doesn't like. Would she be able to get that kind of attention at daycare/school where there are so many other children? I am not saying that those facilities, teachers, or staff wouldn't like to be able to give that kind of attention but it just isn't possible all the time. We are very fortunate to be able to have a school that lets us do this for a couple of hours 3 times a week as practice with her social skills in an environment. However, I know some days a rough on her and routine is everything the slightest change can cause a melt down and how many moms out there have the same routine everyday with multiple children? Not many, it is almost impossible to have your day be exactly the same everyday and to have a child that is sensitive to even a 15 minute time change is not easy. 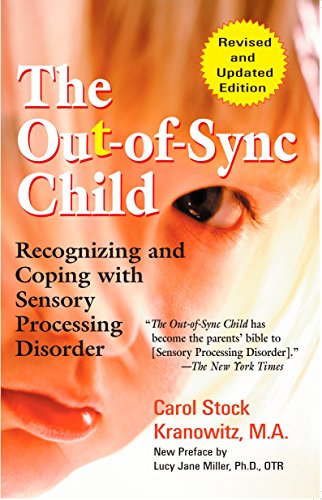 I wanted to share this part of our story because I read a lot of story's about SPD and parents dealing with the SPD and therapy but they too have made a decision and it might not always be the decision that is going to give you the most money in your bank account but it is going to give you the most reward in the end. Not to mention in today's society being a stay at home mom is no longer the norm and to some it may be considered irresponsible, lazy, or just plain boring. So I guess to answer to that question,"Are you working?", yes I am working. I don't complain about my job and I know there are a lot of parents out there that can understand what we go through. It is a tough road and we are just starting on this path. We didn't plan for this and we didn't save for it, but this is the path that was laid before us and we walk it with love in our hearts for our daughter Chloe Eve Wiley. She is a blessing and she teaches us something new everyday. We have learned to take nothing for granted, the ability to talk, to communicate, to be social, even to play.