Stories of My Dad's 1930's Childhood in Indiana

Some are funny. Some not so funny for the pranked. I love that fright brings out the fight or flight reaction in people. Practical jokes should be funny for everyone, not just the person pulling the prank.

I Loved His Accent

My dad had a great but unusual sense of humor. He occasionally told us stories about his childhood in southern Indiana and his little brother Butch. Being raised in California, I was always fascinated with his accent and interesting way of wording things. He used to say gentlemen as if it were an expletive: "Gentle-MEN."

“When we was agrowin' up back on the farm, I usta go ‘coon huntin’ ever chance I got. Wayell, ol’ Butch was always a beggin’ me ta take ‘em with me an’ he was jus’ a little varment. So I finally give in an’ tuck ‘em with me.

“Now, y go ‘coon huntin’ at night an’ it gets perty cold. Wayell, he commence ta whinnin’ ‘bout bein’ cold and tarred so I found me a shock of corn and burrowed a bit out and stuck ‘em in thar. He fell asleep ‘til I got done huntin’ when I collected ‘em and carried ‘em home. Yessir.” 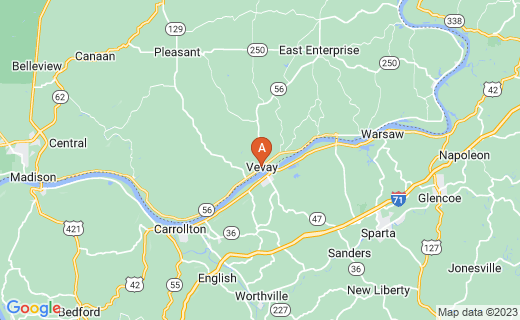 Another Story of Dad and Butch

“Now, don’t you think for a second that Butch didn’t get in his licks. Butch and I were finishin’ up our chores and getting’ ready to head into the house one day. It was colder ‘n a landlord’s heart out an’ I was a sport’n ma new leather jacket I got fer Christmas. It was heavy-lined an’ I must a been thinkin’ it was bullet-proof too, sos ta speak. Butch was a tryin’ out his new air-pump BB gun when I got the bright ideer to see how it would feel to be BB shot with ma new jacket on. Wayell, I asked Butch to shoot me right between the shoulder blades. He must a been twenty paces or so from me. He put about ten pumps on the gun and I turns around prepared for a thump between ma shoulder blades. I hunkered down ma head so if’n he missed, I wouldn’t loose an ear or somethin’. He took aim an’ squeezed the trigger.

“Now I don’t think he missed, ‘cause he was too good a shot. But he was still shocked when I grabbed ma pants and commenced ta screamin’ like a banshee. He dropped that gun and took to the hills. By Gadfree, that smarted. To this day I have a dimple in ma left butt cheek.”

Dad used to tell us about chiggers. Being from California, we naturally had never experienced those little creatures that burrow under the skin in the summers in Indiana. One day his grandmother (someone I never had the pleasure of meeting personally) told him that to get chiggers out, you should rub your legs with kerosene. I can only imagine how painful that was. Dad said chiggers were so annoying a boy would try anything to get rid of them. So he did try kerosene and ran around in circles, jumping up and down because it burned and his grandmother laughed and laughed. He must have gotten his sense of humor from her.

I remember well summer evenings in Indiana with the lightning bugs glowing and teasing us. They looked so “other worldly”, something like Tinkerbelle or some such fairy. My girls had never been out of California and so they just couldn’t imagine what I meant when I spoke of the lightning bugs. I was just a little girl myself when dad moved the family here to California. I couldn’t even say lightning but back then. They were Idee bubs. I do remember begging mom for a jar so I could chase and catch them. I felt very proud returning with a jar of green, blue, orange, and yellow glowing Idee bubs. Mom told me one night she woke very early in the morning because there was a green light coming from the living room. She thought maybe there were burglars but upon entering the living room she found it was completely illuminated by a Mason jar of lightning bugs. So she let them go.

The funny thing is how ugly those bugs are in the light of day. I know more than once I thought someone let out my fairies and replaced them with these ugly plain brown bugs.

Do you have family stories that your parents or grandparents told?

We, his daughters, came by the practical joking gene honestly then. When my sister and I were doing the laundry one day, we were remarking on dad’s underwear. We were pre-teens and Mom had just taught us the finer points of sewing with a blind stitch. It was really my sister’s idea but I readily joined in. She suggested that it might be bad for a man if the flap in a man’s underwear was sewn shut. We decided it would be a great joke and fun to find out. Normal people would have put the blind stitched underwear on the top of the stack in the drawer, but not us. We put it about three garments down so that it would take a few days for him to come upon it. We waited a week till we couldn’t contain ourselves any longer and asked if he had had any bathroom mishaps lately. He got that crooked smile on his face and said, “No problems that I would tell YOU two about.” We laughed and laughed imagining the drama. Sometimes imagination is better than the real situation anyway.

One day I was sitting with him and watching one of the little toddlers in her onesie shuffle away from us. He said, “Lookie thar,” pointing to her. “Looks like two squirrels in a sack, don’t it?” That struck me as funny because one, I’ve never seen two, squirrels in a sack but I can imagine that’s how they look. Two, I’ll never be able to look at my baby’s back-side the same way again.

I mostly think that if someone has to get hurt for a joke, then it isn't a funny joke.