In the UK at present there is a furore raging about a book written by a journalist called Julie Myerson.  She has written several books in her career as an author and journalist but none has had the impact that this one is set to have.  The general consensus of opinion is that she is exploiting her son’s predicament for monetary gain.

The book “The Lost Child – A True Story” was published two months early on the 11th March amid a barrage of press articles damning her to decision to name her son in the book.  These articles started appearing even before the book was published. It is on sale in bookshops now.  It concerns how her teenage son Jake (now 20) went from being a bright, motivated boy at school to an abusive yob after taking up Cannabis (Julie’s own words).

Originally the book was to be about the life of Mary Yelloly who died at age 21 of consumption.  Mary, the daughter of a well to do Suffolk family left behind an album of stunning watercolours.  Julie was writing this book at the same time as the family were experiencing immense problems with their then 17 year old son who was in the throes of addiction (his mother’s term) to skunk; the extremely potent strain of cannabis.  The two stories are interwoven in the book but eventually the crises experienced in the Myerson household seem to overshadow the story of Mary Yelloly.  Julie writes in her foreword “I let the two strands [of narrative] weave together on the page, just as they seemed to in life.”

Julie Myerson has been in trouble before about writing about her children in her popular column “Living with Teenagers,” for the Guardian.  She wrote anonymously but was forced to admit the truth when one of her children recognised the parallels between the anonymous family‘s son and himself.

The question that is raging is whether Julie is a money grabbing monster mother or whether she is simply a desperate parent trying to jolt her son out of ruining his life with his ‘addiction’.

Published Articles on this subject

There are hundreds (perhaps thousands) of articles on the Internet concerning this; written from all different angles.  Here are a few links to newspaper articles which also give excerpts from the book.

I have read the articles and the book and my heart goes out to Julie whatever her motives for writing and publishing the book.  I actually feel as though I am reading my own story, the parallels are so great.  Even down to the smashing of the plant pots in the garden.  This is exactly what my son did on more than one occasion.  The difference for me is that I am a lone parent and do not have the luxury of any family support.  To be in that situation when you have a husband or partner to back you up is scary and nightmarish but to be in that position when you are really on your own is terrifying.

I know firsthand how heartbreaking it is to see your once lovely child turn into a monster and I do not use that term lightly.  The hardest thing is when you have no alternative but to let them go for your own safety.  It isn’t as several people have said that once the going gets tough the parents get going.  It isn’t that at all.  It’s about when you’ve tried everything humanly possible and nothing has worked.  Eventually you have to stop being a doormat and a punchbag.  Basically for your health and safety and that of the rest of your family (if you have one) you have to stop being a victim and do whatever you can to restore your safety and your sanity.  The only way to do that is to exercise ‘tough love’ and make them leave.  It isn’t an easy decision and it causes rifts with your extended family and friends.  The only thing I can say is “Don’t ever judge anyone until you have lived through the hell that they have!”  As Jonathan, Julie Myerson’s husband says in a defiant statement to the Mail newspaper 'Your problem starts when your child smokes his first skunk. And maybe then you'll pick up her book and want to understand.'   It is so very easy to be judgmental when nothing like this has ever happened to you.  No-one knows how they will cope or react until it happens.

Interview with William and Debra Bell

Other Parents who write

Other parents out there are also writing the stories of their kid’s cannabis addiction.  One mum whose story is similar is Debra Bell who writes about the struggles she faces with her son Will’s addiction to Skunk.  She has started a support group Talking about Cannabis  whose purpose is:-

Some Horror Headline Stories about Skunk – Taken from UK Newspapers

I think that if the  pro-cannabis brigade read all these articles and stories about how our young teens are being affected by this terrible drug they will have to admit that not all of the kids are simply being ‘normal’ teenagers and that in young brains smoking Skunk can have disastrous consequences.

Recent research states that if a child begins to use cannabis in the skunk form before the age of 15 one in ten of them will later be diagnosed as schizophrenic compare with 3% of those who begin to use it post 15.  There again, overall, people who used cannabis at age 15 were found to be four and a half times more likely to be schizophrenic at age 26.

Ordinary Cannabis may well make you mellow if you are an adult but skunk cannabis is a different thing altogether.  It is messing with young minds; minds that are not yet fully developed.  These young minds are probably not going to recover from this onslaught of powerful chemicals.  The potency of cannabis has increased in recent years, with much more concentrated forms available at cheaper prices; thereby making them more accessible to our youth.   Back in the mid 1990’s, skunk had 6% THC (Delta-9-tetrahydrocannabinol) – this is the chemical which is reputed to be responsible for producing psychosis.   According to a recent study, skunk contains 16-18% THC and little or no CBD (cannabidiol), which is a molecule that appears to counteract the harmful effects of THC. Hash, on the other hand, has much less THC and an almost equal amount of CBD so would appear to be the ‘safer’ option.  One in four people carry a faulty gene which triggers addiction to cannabis and can make mental illness more likely.

Re-classification in the UK

Cannabis has been reclassified in the UK back to Class B; putting it in the same category as drugs like speed. The maximum penalty for possession has gone up from 2 years in prison to 5 years and an unlimited fine. The maximum penalty for supply, which includes giving or selling to friends, is 14 years in prison and an unlimited fine.

People aged between 10 (yes 10!) and 17 caught with even a small amount of cannabis on them the police will always take action. As well as confiscating your cannabis the police are likely to:

Aged 18 or over and caught with cannabis, the police will always consider arrest. They will confiscate the drug and are likely to:

The odd thing with this new legislation is that you don’t get all these chances with any other Class B drug.  What kind of a message is that giving to our teenagers?

Something needs to be done to highlight the dangers of youngsters smoking this evil stuff and to get it reclassified yet again.  If not moving it to Class A along with Heroin and LSD; at least to remove all the reprimands and warnings at Class B, so that the penalties are the same as any other Class B drug.

I am not a chemist, a user, or an expert on this subject.  I am merely a parent who has been to hell and has not yet returned from there.  I can only speak from my own experience which mirrors that of the Myerson’s and the Bell’s and many other parent’s out there.

Is it Tough Love or Self Love?

Some are saying that it isn’t ‘Tough Love’ the Myerson’s are practicing – it’s Self Love.  What do you think?  I’m not too sure; I think it may be a bit of both.  There is no denying that they have and are going through hell and in my opinion making their son leave home is the right thing to do in the circumstances.  I do think though that if they feel so strongly about this subject that most of the royalties from the book sales ought to go to funding projects to get the kids off this stuff.  That might shut some of their critics up! 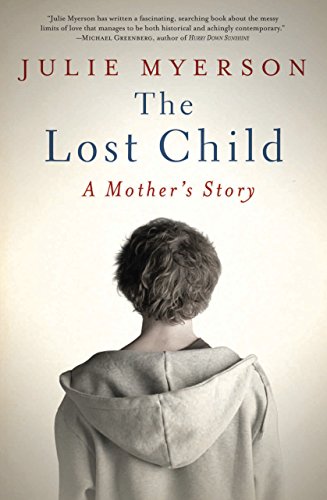