The Inequality Of The Large Family System

However, PRIVATELY, many people who grew up in large and very large families complain about the inequality of treatment received from their parents. Many people even resented their parents by having more children than they could properly care for. It is a fact that many oldest daughters in large and very large families actually hate their mothers for placing such an onus on them.

My mother, who is the oldest of ten children, maintained that at the age of six, her mother assigned her housekeeping and cooking duties. She was also forced to be the family caretaker. As soon she became a teenager, she abruptly left for boarding school and never looked back. My mother never liked domestic life and she is constantly going out. When she got married, she seldom cooked, it was my father who cooked and did the household chores. He did not mind staying at home and wondered when my mother was always going someplace or another. Kim Wayans, the oldest of ten siblings in the Wayans clan, stated that as a child, she always had a sibling on her arm and/or tagging along.

For example, singer Celine Dion, youngest of fourteen children stated that she loved being in a large family because she was coddled. Singer, actor, and Holocaust survivor Robert Clary concurred with this, stating that as the youngest of sixteen children he was a coddled child. Mr. Clary recollected that his mother affectionately called him a brat. If a person truly states that he/she loves being from a large family, chances are that they are the YOUNGEST in their families.

Youngest children report being the happiest in large to very large families. Of course, they have the least responsibilities, often having a more carefree childhood than their older/oldest siblings who were usually saddled with household and caretaking responsibilities at a very young age. They can get away with things that their older/oldest siblings would be severely chastised and/or punished for. Oftentimes oldest children in large and very large families are punished for what their younger siblings do.

Still others feel like they are nonentities, either fading into the background or becoming shy and withdrawn. However, there are some middle children who become quite attention seeking, loud, and aggressive to get attention. Madonna, singer/songwriter/mogul. who is the third of eight siblings, asserted that as a child and teenager, she became loud and vocal in order to gain attention from her father and her siblings. As a teenager and adult, she curved a career and lifestyle niche which was dramatically different from her siblings. The late Charles Bronson, actor, also a middle child(eleventh child of fourteen siblings) , went his own independent way, curving a career and lifestyle niche different from his siblings. Tim Allen, actor and comedian, the middle child of nine children, developed an aggressive persona to cope with his status as a middle child in a large to very large family.

Children in large and very large families are often on an unequal parity based upon their respective familial status. Parents in large and very large families treat their children either preferentially, indifferently, or harshly depending upon their respective birth orders. They furthermore establish different expectations and standards based upon their children's birth orders.

To summarize, in the world of large and very large families, children are often treated differentially by their parents based upon their respective birth orders. Oldest children are treated the harshest by their parents. They have the onus of familial responsibilities from a very early age. They have the LEAST CAREFREE carefree childhood of the birth orders. Because of enormous childhood responsibilities, many oldest children in large and very large families hate and/or resent their parents and younger siblings, feeling that they have gotten the shaft.

Middle children in large and very large families are often ignored and overlooked. In response to this, they react in the following ways. Some become very nebulous and anonymous, quietly and contently fading into the background. Others become shy and withdrawn, feeling that they are unworthy of love, respect, and attention. Still others became quite rebellious and loud, carving their own independent of their families. Many develop a loud and vocal personality in order to get familial attention. Large and very large families are hierarchical in nature. It is impossible for children in such families to have an equal paring with each other as children from small families do. 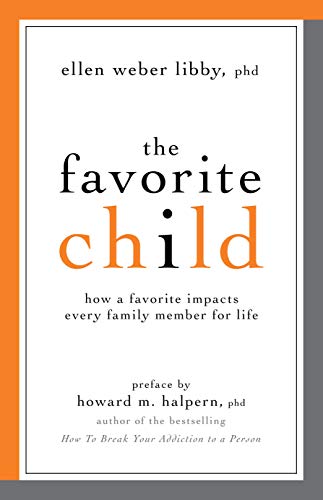 The Favorite Child: How a Favorite Impacts Every Family Member for Life
Buy Now

Related Hubs on the Large Family

Comments are indeed welcome. However, any negative or disrespectful comment will be DELETED.