I strive to provide helpful information, including smart and fun methods for solving everyday problems.

Looking for a List of Boys Unisex Names? You've Found It!

As I mentioned in my hub about Unisex Names for Baby Girls, it's a little odd to have two separate articles about unisex names, with one for boys and one for girls. If the names are unisex, then theoretically one list should cover both genders. However, I wanted to publish two separate lists. Although there is a good deal of overlap, some names won't make it onto both lists. Although all the names on both lists are considered unisex, some are given almost exclusively to girls and some almost exclusively to boys.

Are Girls Taking All the Boys' Names?

In the never-ending quest for a cool, unique, unexpected name, parents of girls are turning to boys' names more and more. While it is socially acceptable for a girl to have a masculine name, the opposite is not necessarily so. Traditionally masculine names such as Morgan, Tristan and Quinn are perfectly acceptable for a girl; however, parents wouldn't dream of naming a boy Delia, Elizabeth or Annabelle. If a name that has been traditionally given to boys becomes popular for girls, over time it takes on a feminine connotation and ultimately ends up being a girls-only name, which in my opinion is a shame. It seems that eventually there will be no names left for boys.

I'm hoping that instead a new trend will occur. Because unisex names have become increasingly popular, perhaps this means the general population will become more accustomed to hearing names on both boys and girls, and will not subconsciously assign either gender to unisex names, allowing these names to remain appropriate for wither girls or boys, without gaining a feminine feel over time.

List of Unisex Names That are Still Very Boyish

These names have quite a masculine feel and sound. However, don't be surprised if you meet a girl or two with one of these names.
Alex
Austin
Blaine
Blake
Brady
Brett
Britt
Carson
Cecil
Clancey
Cleo
Connor
Cullen
Dakota
Dale
Dallas
Darryl
Drew
Dustin

Names that the Girls have Taken Over

Plenty of nicknames are given to both boys and girls, such as Joe/Jo, Bobby/Bobbi, Nicky/Nicki, Sam, Chris and Pat. Randy, Ronny, Terry, Tommy and Tony are additional names that fall into this category, with girls usually replacing the "y" with an "i."

Lee and Lynn have been unisex names for generations, although neither are particularly popular these days except as middle names. Jody and/or Jodi aren't given to babies much these days, although the names in my opinion are quite cute and perhaps will make a comeback soon.

Something I have not addressed in any of my name lists are cultural differences. Fellow HubPages member "chelspa" wrote to tell me that he's a male whose parents named him Chelsea just before that moniker became more popular with girls than boys in the UK. However, because I'm American and am reporting American trends, and Chelsea has appeared in the U.S. mainly as a girls name, I left that name off the list.

I Would Love to Hear From You! 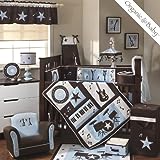 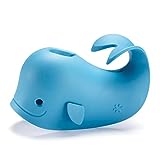