Idea for Becoming a Millionaire

Millionaire's Idea to Becoming One

This article will show you how easy it is to become a millionaire without a six-figure salary.

"How can I be a millionaire?" My son asked me last week. "So, you want to be a millionaire!" I have the answer to becoming a millionaire; I perused the internet and finally found a way to be rich. It was too easy, it seemed. But the formula is tried and true and anyone, even without a formal education, can be rich. What's the big idea? What do people do to become rich? Read on.

It's no big secret and the "idea" has been known for ages since before Benjamin Franklin, even.

Now, the answer led me to another question (I hate when that happens): Why isn't everyone a millionaire?

I don't know why, but I have an idea!

The Way to Being a Millionaire

How Do I Get Rich? Do the Math

The truth to getting rich is in the math, but most people have no interest (hint) in the subject--go figure (pun intended).

Benjamin Franklin called it the "Eighth wonder of the world."

Albert Einstein was asked, "What is the greatest mathematical discovery of all time?"

Both Franklin And Einstein referred to the same miracle: compound interest!

Did you know that if you saved a lowly five dollars a day you would have a nest egg of one million dollars over forty years?

Your dream of becoming a millionaire could be realized even sooner if you saved ten dollars a day!

Teaching your children to save beginning in early childhood makes for healthy spending and saving habits. We are a generation of wanting it "all" now. Buy now, pay (dearly) later.

We're used to paying interest, not earning it.

What You Must Do to Have More Money

The secret to having more money is acting as though you don't have it.

Simply put, it means living simply. I read the book, "The Millionaire Next Door. Scroll down and you'll see the book among my recommendations. In it, the author gives a surprising apprisal of the typical life of a millionaire--not at all what I expected. But his account makes sense:

Live simply. Period. We're not a nation that takes kindly to living below our means; after all our big house is a status symbol, not merely a place to live. Ideally, square footage is synonymous with our bank account. But, this is more often not the case. In reality our budget is maxed out by those floor-to-ceiling drapes we had to buy just after closing on the money pit of a house.

It's crazy, but we live from paycheck to paycheck. And we take out loans with the bank for groceries and gas with every swipe of the credit card.

Opt for a lower priced home; they're plentiful right now with the mortgage crisis. Folks have had to unload homes they couldn't afford in the first place. Paying less on mortgage payments means more money in your savings or investment accounts.

Check for habits that jeopardize saving by chronicling your daily spending. Small splurges can cost big over time. Be honest.

Nip and tuck at frivolous spending gradually. Educate yourself about personal finance and create a plan of action.

Getting Rich Starts With Knowledge - Make Money, Then Put Your Money to Work!

You work to make money, then you make your money work for you! These books are invaluable reads for parents who want to teach their kids to be money savvy. Ideally, the earlier children learn the better, but it's never too late. I've included a fun piggy bank in the mix, as banks are a tangible way for kids to see their savings grow. Later, these funds can be deposited in an interest-earning savings account. Start today for a financially healthy future!

The Everything Kids' Money Book: Earn it, save it, and watch it grow!
Buy Now

Why Isn't Everybody Rich?

Simple Answer to a Complex Question

Talk to your kids about money.

We're not all rich because early on we didn't know to save. Most of us (me included) weren't taught to--at home nor in school. It's appalling, but it's true! I was very good at making money, not saving it.

I'd get a raise at work, and up the spending limit for the next house we planned to buy. The bank said we could. We bought a luxury car because the loan went through. This modus operandi was insane. Dangerous. What were we thinking?

The scary part was that we weren't thinking.

Changing money strategies to up your savings is important--especially where children are involved. Discussing your household budget with your kids is healthy, so long as they're not burdened by crisis situations. Show your children the utility bills; let them write and record the checks. The more they are involved with personal finance, the more comfortable with money they will become.

How Do You Get Rich? The Million Dollar Question - Ignorance About Money is Not Bliss

Here's some great reads that will more than pay for themselves. If one really thinks about it, getting rich is attainable by anyone. Reading personal finance books can help you get smart with money. I read The Millionaire Next Door and the boook was everything it and its critics promised. It's truly an eye opening, inspiring read. Get started--start today!

The Millionaire Fastlane: Crack the Code to Wealth and Live Rich for a Lifetime
Buy Now 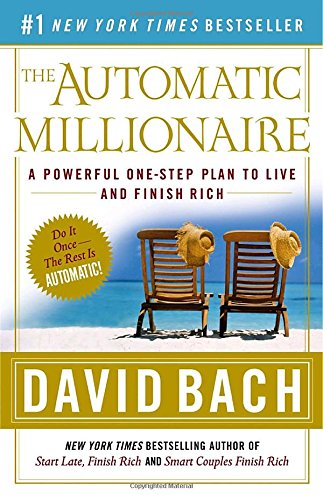 The Millionaire Next Door: The Surprising Secrets of America's Wealthy
Buy Now

Millionaire Teacher: The Nine Rules of Wealth You Should Have Learned in School
Buy Now

Getting Rich is a Daily Process

How Do I Start on the Road to Getting Rich?

Your Financial future starts today--don't put it off!

It's just plain second nature to put off planning for a "better" day. Don't wait!

There are things you can do today:

Talk to your kids

Be positive about changes made to increase your net worth. You can do it!