Our Social Security Benefits - What Do You Think?

I Paid into Soc. Security - Was It an Investment?

I do not want to feel that the U.S. Govt. may renege on another commitment to me. I feel very much saddened that budget cuts always turns to cuts of the investors of the Social Society system.

The SSI idea started in the early part of the 20th century when millions were standing in bread lines. My ninety year old mother reminded me last week that her Mother, Martha raised 5 children on a MN farm to keep her family in a lively hood.

They rented a farm. It was the decade of the Great Depression, 1930s. The 5 kids ended their formal education at 8th grade to help with the tasks of keeping the garden, big scale crops, pigs, chickens and other poultry, and last, the dairy cows producing.

Later all these hard workers contributed to the system through wages and earnings and all their children did, as well, who followed.

LA Times column writer, Michael Hilzik, has been my columnist to read since June, 2013. I found out one day that he champions the SS program and lays facts out in a way that I can understand. I have come to trust his analysis.

Michael Hiltzik was prompt by a spot on a TV show called "The Cycle" and the remarks of 27 year old Abby Huntsman. He sets the figures straight in this LA Times column, False Facts on Social Security, she tells it like it isn't.

Ms Huntsman mentioned that the living age has increased by 2 decades, but in truth the entitlement age between 65 and death has increased by 6 to 7 years. Entitlement will start at 67 in a few years, and increases incrementally. The matching funds of workers and employers has increased, as well.

Is Paul Ryan for Real?

Last night the news was about the Paul Ryan budget ideas. Today I read Hiltzik's column and he put the argument against that budget plan in clear language.

Fact 1. The Trust Fund has 3 Trillion dollars and is growing: not in jeopardy because of the flood of retiring Baby Boomers.

Fact 2. The Trust Fund has been invested in U.S Treasury bonds only, which the U.S. government has never failed to pay on.

Fact 3. In 1983 Congress put rules into effect that would raise payroll and wages earners taxes to pay for Baby Boomer retirees. In effect Baby Boomer's have paid for their SS payments in advance.

Hiltzik says, "the government borrowed the money (on theTrust Fund), and it has paid interest on it every year."

SS has worked and is working as long as we keep in a proven formula and not have individuals proposing new ideas that in fact suggest draining the fund for what? I think for the wealthy. Income tax is mostly paid for by the wealthy. Social Security is from taxes of the middle class workers, and do not forget, the middle class small business owners. We need to remember their contribution and not rob their efforts too.

Fact Finding is all in the understanding of what you are looking at. Can you follow the facts or do you follow someones word? It is proven that many times we have made our choices before any facts are presented.

Another 'fact-checker' gets Social Security wrong

A 'fact-checking' website doubles down on its Social Security errors 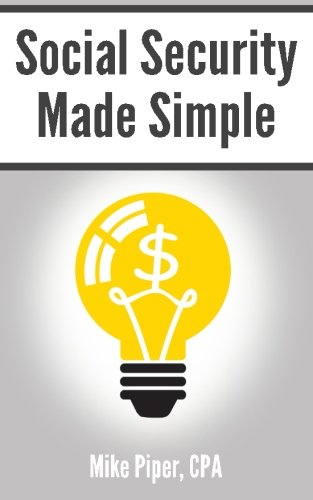 Do you think Congress should vote in bills that would cut Social Security payments? Write your belief or opinion.

Should Cuts in Social Security be done?

The U.S. work force of the late 20th century, an organization of over 200 million people, paid the taxes, and held the jobs to support the benefactors of Social Security. The main benefactors, not counting disability recipients, are the Great Generation and now the Baby Boomers.

I would rather not hear ideas about cutting benefits to these people till I see some balance taken from other programs, mainly, the defense juggernaut, and subsidiaries to big oil, banks, and corporate CEO's.

How come we do not have a Theodore Roosevelt in the beginning of the 21st century like we did in the 20th?

My main fear is that the basic livelihoods of millions of people who live on less than $1600 a month will suffer from cuts to Social Security Benefits.

The Boomer at right contributed to the Social Security fund for over 40 years. Every 40 hour work week in that period is represented, (except 11 months for pregnancy,) in tax collections. Was this time wasted?

Photo taken of eighteen year old at the height of optimism, Aug 1966.

Did your parent's use this? This machine and early driver contributed to the 20th century workforce.

Will This Happen Again and Again?

Is this man wondering what will happen when his job is gone and he is 65 and older?

I know a few seniors that collect SS and they are thankful it covers their rent, and some use their creativity to keep a car working or extras that come up needing to be paid. Some earning activities are walking dogs, house sitting, at home computer assistant, teaching art, making art for Farmer's market,

If you have a photo of your first work ID, send it to me with the date, name and how many years you have been working. I will post it here. If you prefer you can remain anonymous. My email address is lemarmatt3@gmail.com.