Help Your Child Become a Reader

Sheila has worked as a parent educator for eight years. She has also been an elementary school teacher and a children's author.

Getting Ready to Learn to Read

This sets the stage for all those companies that feed upon a parent's anxiety. Let's face it -- we all love our children and want them to do as well as they can. Hey, let's be honest -- we all want our children to be the best! So many companies have sprung up in the last several years to meet this drive to make our kids learn to read better and faster than any other kid.

These flash cards and video/computer programs for infants do little to help and may potentially harm your little one in the long run by pressuring him or her to perform on something he or she is not yet ready for, feeding into those same fears of failure that inspired the purchase in the first place.

There is a place, of course for memorizing sight words and such, but all in good time. Instead of rushing your child to perform tasks he is not ready for, why not focus on what he is eager and ready to do right now? We don't expect our newborns to get up and walk right after birth, even though newborn horses do.

This hub, written by a mom and an educator, will help you navigate what has been shown through valid research about how a young child is prepared to learn to read so that you can make sense of some of the claims of those who would have you pay a lot of money to give your kids an advantage. Truth is, your child will not learn to read better just because of something you buy. The stage is set much earlier than you would at first think. 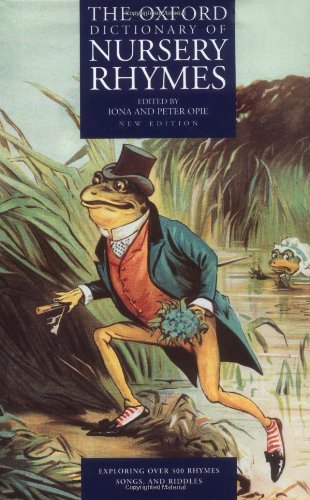 A Baby Is Born Ready to Absorb Language

Learning to read begins long before a child starts school. From the time a child is still in the womb, her ears are becoming attuned to the sounds of her mother tongue. At first what she hears is the melody of your voice, the way your voice goes up or down from the beginning to the end of a sentence.

In the first year, by listening to you speak to her, the child begins to distinguish the sounds which she plays with in her babbling. But it will be years before she is able to connect those sounds to the individual letters and groups of letters in the alphabet.

What can you, as a parent, do?

First of all, talk to your baby. Talk often and talk face to face. Talk about what your baby is doing. Talk about what you are doing. Give him names for the objects around him. Look at books together. Name what you see in the books. You may not get to say those words in your ordinary speech, so this is his chance to hear them! The more you do this, research shows, the better the child's vocabulary will be. And how can a child learn to read a word if he has never heard it spoken and hasn't a clue as to what it means?

The Linguistic Genius of Babies

Patricia Kuhl, a leading researcher of how babies learn, gave a brilliant presentation on TED about how a baby learns language.

It's worth watching, as Patricia Kuhl presents the research done showing how babies take "statistics" on which sounds the people around them make. Babies who are exposed to sounds of one language before the ages of 6 months will do better at distinguishing those sounds at age one than do babies who do not hear those sounds. In fact, the babies who have someone speak a language other than their mother's language during their first six months will distinguish the sounds of that language the same as a baby whose mother speaks the language.

She also gives evidence that learning without the human contact -- on T.V., for instance -- doesn't help the baby absorb these sounds. In fact, in her studies, babies who experienced sounds of a second language through either just an audio exposure or through a televised human speaker performed no better at distinguishing the sounds than those who had had no exposure at all.

Learning to Recognize the Sounds in the Language

This process of attuning the ear to the sounds of the language is referred to as a child's phonological awareness, her ability to distinguish sounds. This process doesn't happen all at once but is developed step by step in the early years. Without a phonological awareness -- that is, the ability to focus on and hear specific sounds in our speech -- trying to read words on a page becomes a major challenge. It is this sensitivity to the sounds of language that determines which child will be ready and eager to learn to read and which child will find learning to read an obstacle she struggles to overcome.

You can help your child on this road to literacy by sharing in playful opportunities with language. The ability to play with rhymes has been shown to be an important pre-requisite to learning to read. In fact language play of all types, such as tongue twisters, nursery rhymes, and nonsense poems, like those found in the books of Dr. Seus and in the poetry of Jack Prelutsky, Dennis Lee, and Shel Silverstein, sharpen the child's ear to the language's music. Nonsense words and wordless songs help a child focus on sound rather than meaning, which is why so many children enjoy them.

Tomie de Paola - On Why Reading Is Important

Here are some books you and your young child may enjoy together. Any book that plays with rhymes, alliteration, and nonsense words helps a child focus on the sounds of the language. For generations, nursery rhymes have been used for this purpose. The following books all feature nursery rhymes, some of which you may remember from your own childhood. What's good about them is that they have stood the test of time.

Favorite Nursery Rhymes from Mother Goose
Scott Gustafson has distinctive illustrative style, influenced by Arthur Rackham and N. C. Wyeth. His sometimes quirky interpretation of the rhymes makes this a volume to be treasured.
Buy Now

We all have favorites from when we were young, but many people forget childhood songs until someone else reminds them. What rhymes and songs do you recommend to other parents? These can be from your own childhood or ones you have enjoyed with your children. Let's see if we can compile a fun list!

The authors of these children's books have been favorites now for generations. You probably remember them from when you were small. Not only do they help you and your child play with language now, getting ready for the great adventure of learning to read, but they also are a good introduction to poetry and will be enjoyed by your children all through their school years.

Be Glad Your Nose Is on Your Face: And Other Poems: Some of the Best of Jack Prelutsky
Don't you just love this title?
Buy Now

Read to my sweetie pie

Memorizing silly poems and rhymes is easy. Say them out loud over and over until you break down laughing.

Or say the first part yourself and let your child chime in with the rhyming words. 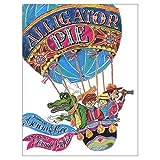 alligator pie
My kids and I read these poems until the book fell apart. I can still recite these poems by heart.
Buy Now

Sing With Your Children!

This is your chance to get the adulation of a rock star! Babies and very young children don't care whether you sing like a frog or a nightingale. To them your voice is the best voice in all the world. Why? Because it is the voice of love. It is the voice they heard in the womb and to them represents the feeling of love and security they enjoyed while all curled up in that warm cozy place.

So don't let anyone tell you any different: if you were in a contest with the best singer you can think of and your baby were the judge, you would win ten times over because your voice is the one that carries the love your baby craves. True, some children have been known to tell their parents to stop singing after they're three or four years old, but that probably has more to do with the events of the intervening years or perhaps baby picks up your hesitancy. Sing with abandon during your pregnancy and during your baby's first year and sing often and this may not happen to you until your child is at least thirteen.

Now, given that you do sing and that you sing with your child, you may notice that your little one will often sing words before ever saying them. Though surprising, this is actually quite common.

Another benefit to singing together is what some researchers in Toronto found out: children who were able through practice to sing in pitch were far better able to learn to read with ease. Why is this so? It is because they were more attuned to sounds, or as stated previously, they were more phonologically aware. Hooray! Another reason to have fun with silly songs!

Children's voices are naturally higher than those of adults, so in order for a child to develop the full range of his or her voice, it is preferable to pitch the song higher than you would ordinarily feel comfortable singing it. You may surprise yourself and improve your own vocal range by practicing singing a tad higher as well.

Think how much easier it is to remember the ABC's when we sing them instead of just say them.

If you sing something, you are less likely to forget it.

Although your voice is the BEST VOICE, you may want some help learning some great new songs. Or maybe you just need a reminder to remember the words. (Don't be afraid to make up your own words if you want to, especially if they make the song more personal for your child. Even great composers had to start somewhere, and remember, you're the best!)

But, don't forget -- no voice beats yours, so it's best not to get into the habit of letting a CD be a substitute for you! Remember to sing along!

Lullabies and Stories Before Bed

I remember my mother singing Tooralooraloora when I was a little girl. My Dad told us stories. I can especially remember his version of Goldilocks and the Three Bears, which he added to every night. If he forgot part of what he had ad libbed the night before, we remembered it for him and he had to tell it again in exactly the same way.

Who sang to you?

Do you remember a particular story told to you when you were small?

Many children memorize the lines of Dr. Seuss as part of their early learning to read experiences. Here are a few favorites.

Dr. Seuss's ABC (Beginner Books, I Can Read It All By Myself)
My kids and I knew this book by heart.
Buy Now

What Is Your Favorite Nursery Rhyme or Song?