How Genealogists Can Get the Most From Researching the 1940 U.S. Census

On 2nd of April 2012, there was much rejoicing among family historians and professional genealogist. It was the day the 1940 United States Federal Census was released to the public.

Each census becomes available 72 years after it was enumerated. The 1930 U.S. Federal Census was released back in 2002. For many genealogists that census gave them the first peek at their grandparents in census records. The 1940 Census is the first to give them a glimpse at their parents.

Though some genealogists aren't that thrilled about the 1940 Census, I am! I had many nagging questions such as cousins I could not attach to the tree, missing children for couples, and a lost great grandfather.

Will the 1940 Census be important to your research? Only time will tell. So, let's get ready to make the most of our research experience! It's time for the fun to begin!

[Photo courtesy of: Valeriy Khromov at Dreamstime.com under the RF-LL License.]

The 1940 U.S. Federal Census was released to the public on the 2nd of April 2012. The census is online at various genealogy websites and available at the NARA and other research facilities.

The good news is that you can research it for free. Familysearch.org is the first place you should stop to use the census for free. Even better news is that the census is fully indexed. So, if you weren't overly eager like me, you can now take advantage of the available indexes.

Finding Answers in U.S. Census Records
You can learn quite a lot about your ancestors from the census. In order to get the most of your research, you need to understand what questions were asked and how they were asked.
Buy Now

It Wasn't Easy Promoting the Census

This is an informative video preparing the public for the upcoming census. It shows how the government went about promoting the 1940 Census to the masses. This newsreel provides historical information on the U.S. Federal censuses and strikes a patriotic them to encourage people to participate. People have always been suspicious of census enumerators and one of the goals of this newsreel was to make people feel at ease when the enumerator knocked on their door.

It must have been a challenge getting information to the people in those days. If one didn't go to the movies, buy a newspaper, or listen to the radio, word of mouth and posters were the only other means of finding out about things.

It's always good to start with a research plan. Even with indexes, duplicate names and misspellings can be befuddling.

Before you get started, make a list of who you want to search for. Set your list up in a spreadsheet. Then you can sort it by address (to work within enumeration districts) and by name (when indexes become available).

The better organized you are before you start, the easier your research will be.

You Need to Make a List of What You Know

Have you researched in the 1940 Census?

You Need to Know Where They Lived in 1940

I know that it sounds like a great idea to just start plugging names into a search engine and see where it leads. But, many a researcher becomes frustrated because they don't really know where to find their ancestors. While indexes exist, it may be difficult to know which families in two different counties (or states) are yours.

There are several resources you can check to find their address.

Those are only a couple of ideas of where to look to find where the address where your ancestors lived. There are many other options such as club memberships, employment records, church records, etc., where their address may be recorded.

One of the problems with the census is that we have no idea who the enumerator talked to. There was no requirement that they talk to the head of household. In fact, they didn't even have to talk to a household member. The landlord, employer, neighbor, and others could provide answers for any household.

The 1940 U.S. Federal Census enumerator left us a clue as to who they spoke to. If they interviewed someone who is listed in the family group, there is a x with a circle around it by their name. Pretty nifty, eh?

Information Collected in the 1940 Census

There were several other supplemental questions asked as part of the 1940 Census. However, those questions were only asked to about 5% of the population so I won't cover them here. If you would like to learn more about the supplement questions, visit the NARA's 1940 Census, General Information. 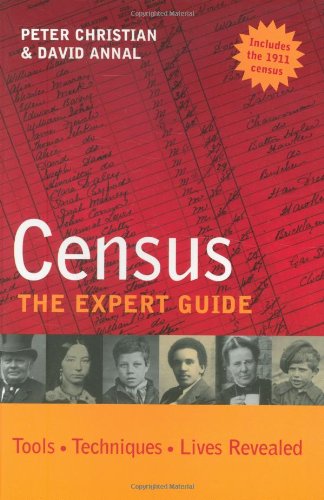 Why did the government take censuses? What information might one find in any given census? Those answers and more can be found in this guide.

This detailed research guide for researching the census. It includes various techniques for finding your relatives. It provides information of each census, what information was included, and how to interpret it.

This is a handy guide to understanding what the census is about and why it is so important to genealogists.

I Learned About Their Lives From the 1940 Census

I filled in blanks in my tree, but much of what I hoped to learn was the stories surrounding my relatives. The Depression took its toll on many families. From the 1940 Census, I saw how many families held on to their homes and how many didn't. Some who left Alameda County, California at the beginning of the Depression, returned by 1940 as manufacturing jobs were easier to come by.

I found a few relatives employed in government programs, most notably the WPA. In one case, it was the female head of household holding the WPA job because the male head of household was incapacitated. From this, I could see FDR's New Deal at work. I also found that the woman in my tree persisted in bucking the conventional wisdom that women didn't work. As with the 1920 and 1930 census, married women and single women were holding down jobs.

Finally, I learned quite a bit about education. My people were mostly lower to middle class folks. There were only a handful of high school graduates and only one college attendee within a few hundred relatives. Most made it through 4-6 years of schooling. For the older generation an education wasn't seen as important. For the younger generation, their parents needed them to work for survival.

This was an informative census. I not only learned the usually genealogical data, I learned the factors that might have affected my relatives.

Go Forth and Research!

Now you're ready to research your own family. Let me know in the census how your research is going and if you found anything interesting about your family. If you have any questions, I'll do my best to answer them in the comments. Thanks for visiting!

Time to get ready for the census!