Guide to the best Italian cheeses

Italy can be just a few clicks away! 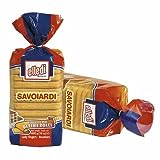 A tour into gourmet delights

Being raised in Italy as a child, I have learned to appreciate the varieties of cheeses this country has to offer. The different regions and different recipes have hosted for years different flavors and textures that will surely delight the occasional tourist or the finest connoisseur.

Just as wine, cheese has grown increasingly popular and ultimately deserves the same recognition. And just as wine, Italian cheeses share the fact that each of them specifically combines best with specific foods and drinks in order to bring out the best of flavors in flying colors.

If you are planning to visit Italy shortly, I would recommend getting acquainted with the cheese varieties for the ultimate unforgettable, gourmet tour of this country.

Just as people, cheeses have different personalities, there are those delicate, almost shy, flavors that are subtle and almost angelic.On the other hand, there are those passionate, robust, cheeses that have no scruples. Then, there are those in the middle, the simple yet tasteful varieties for those appreciators that do not want to dare but yet are interested in new culinary experiences.

Mascarpone. It's almost unpronounceable name is the secret ingredient of the famous dessert tiramisu'. This cheese donates its creamy texture and delicate flavor without any reserve to this famous dessert. Cream cheese is the closest you can get here in the States to this cheese, but yet, mascarpone has a different twist that makes it pretty unique. This uniqueness derives from the cow's milk, as these cows are fed special herbs and flowers.Try it spread on a toasted rustic piece of bread with a drop of extra virgin olive oil.

Pecorino. This is on the robust side of the cheese scale. It is salty, piquante, and mainly used as a grated cheese on pasta. It derives from sheep's milk and has a crumbly, almost granular texture. You may appreciate it in a thin cut slice with a glass of robust red wine if you wish to savor it in its entirety.

Grana Padano may share some similarities with Parmigiano Reggiano. The wheel shape and the fact it is used grated are some. However, what mainly distinguishes it from the former is that this cheese is produced by cows fed different grasses and that it's texture is particularly grainy; thus its name. In order to serve this cheese, a specific tool is used to scrape off some small chunks. The flavor is unique and particularly fragrant, making this cheese superior. Taste it grated over your favorite risotto or eat a chunk with your favorite wine.

Ricotta. Everybody is familiar with ricotta but only some really got to taste the 'real' authentic, ricotta. Ricotta in Italy is denser and comes in specific plastic containers. When taken out of the container real ricotta maintains it's firm shape. This cheese is used generously in filling cannelloni, pasta shells or displayed among layers of lasagna. It is a highly adaptable cheese that can be used in a multitude of ways. Ricotta is used as well in Southern Italy in desserts, the most famous being cannoli. Savor it in sweet or salty dishes or simply enjoy a teaspoonful in its most genuine and simple form.

Mozzarella di bufala. This is the preferred mozzarella used for Naple's famous Pizza Margherita. It's flavor is unique and inimitable. It's texture is soft and extremely moist. Do not be fooled by imitations, the real bufala mozzarella is found in Naples and surrounding areas. It is produced by buffalo milk and considered a real delicacy.Taste it with gusto "alla caprese", sliced with tomatoes, basil and drizzled with earthy, extra virgin olive oil.

Parmigiano Reggiano. One of the most famous robust cheeses, it is savored grated mostly on pasta dishes. It's a hard cheese which is granular in texture and whose name derives from its main producing city, Parma. It is typically produced into a round, large and almost wheel shaped form with characteristic imprints denoting the cheese's name, date and location of production. Taste a thin cut slice drizzled with some good balsamic vinegar.

Scamorza is a offered often plain or smoked and is produced in pear shaped forms. It has a stringy texture and a particularly woody, hearty flavor.Try it plain thinly sliced on a plate with cracked pepper and good quality extra-virgin olive oil, or try the smoked version slightly melted along with other tasty grilled vegetables with a drizzle of olive oil.

Caciocavallo, I was almost raised in Southern Italy amongst this cheese. It's strong smell can be overwhelming at first but I later learned to appreciate it's strong, salty and earthy flavor.You can savor this particular cheese in Southern Italy, but be prepared, because it is on the extreme robust side. It is one of those cheeses you either love or hate. Taste it along with bread and fresh green olives to slightly camouflage its unique, spicy flavor.

Taleggio is an upper scale cheese produced in the Lombardy region. It is a soft, almost oozy cheese with a unique aromatic flavor distinguishing it from its more down to earth rivals. Enjoy it with gusto allowing its flavor to expand as it melts in your mouth and releases its final fruity after taste. Be prepared to spend some money on this cheese as it is costly.Taste it with apples and figs or as an alternate with a good, bold red wine.

From robust to delicate and visiting all the middle tones, Italy has the cheese that better fits your personality. Try those that match your style, or better, try them all for a new experience that will certainly enrich your culinary tour. Chances are you will almost taste the different herbs, different regions, and different cultures in a way nobody else can experience . 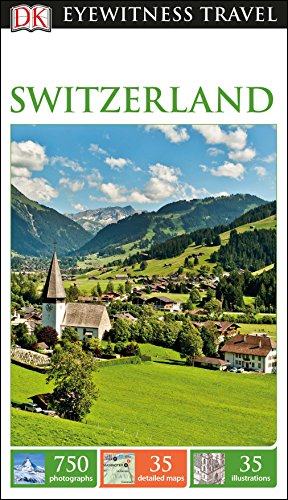