Turn up your party or your relaxing day at home, at the beach, or on an Island far, far away with these great cocktails! We're taking it to the Caribbean for the Boricuas and Cubanos, trekking to Mexico, Peru, and Brasil (Brazil). These are some of the best cocktails with unique flavors and just a great statement that screams party and relaxation. Take a look at what I have to offer below:

You can NEVER go wrong with this really nice drink straight from Puerto Rico! It's a rum favorite and it's especially great for the ladies that love a nice, sweet, tropical drink.

This is a very interesting Cubano combo of Mint, Rum, Sugar, and Lime.

The point of the Mojito is to muddle (mash) the mint leaves, sugar, and lime together then pour your rum and top with soda water. It's a very refreshing and minty drink. The origins of this drink is interesting because the predecessor to the now sweeter Rum,
tafia/aguardiente. Also, instead of sugar, the original recipe called for sugar cane juice which was developed by African slaves working the fields in Cuba.

The perfect holiday drink. It's pretty much a Caribbean Latin take on the classic spiked eggnog.

1/2 Can of Condensed or Evaporated Milk

1 Can Cream of Coconut

This is a pretty sweet drink, so be careful =). Also, it's a bit strong and might hit you after you've downed a few of these back to back.

If you've seen my post on Rumchata, you need no explanation. This drink is really popular in Mexico and El Salvador. With Rum, it's a silent and deadly drink because this Horchata is so sweet and rich already, the Rum is nearly hidden. LOL. As a reminder of the basic recipe, here goes:

Mix all your main ingredients together: rice, water and cinnamon stick. You basically set that aside for a few hours then put it all in a big pot and boil it really well, so everything meshes together. Allow your mix to cool. It's your choice to use a Puree rice mixture or something to add more thickness to horchata, you can use a blender to really smooth it out. You can also add in your white rum whether it's Bacardi, Don Q, an overproof rum such as Wray and Nephew, it doesn't matter. Then you serve on chill.

The history is quite interesting. According to Bacardi, "The world's second most popular drink was born in a collision between the United States and Spain. It happened during the Spanish-American War at the turn of the century when Teddy Roosevelt, the Rough Riders, and Americans in large numbers arrived in Cuba. One afternoon, a group of off-duty soldiers from the U.S. Signal Corps were gathered in a bar in Old Havana. Fausto Rodriguez, a young messenger, later recalled that Captain Russell came in and ordered Bacardi (Gold) rum and Coca-Cola on ice with a wedge of lime. The captain drank the concoction with such pleasure that it sparked the interest of the soldiers around him.

It is by far the national cocktail of Brazil. Basically, it is like a cachaca (a play off of Rum). Translated in Portuguese, it means "burning water". Proof can go up to 48%. The basic ingredients include:

This is a very interesting drink combining some weird elements. It includes Pisco (a type of grape brandy made in the winemaking spots of Chile and Peru).

A very simple recipe, but easy to screw up. This recipe comes straight from Mexico. It calls for Tequila (the one you love to love and love to hate =P). We are talking about 100% de Agave, not the mixto stuff (*cough, cough....Jose Cuervo Especial).

It's completely complementary to rim your glass with sugar or salt to add to the flavor of the drink. Of course, you can add your favorite fruits in your mix of margarita such as strawberry, pineapple, etc.

Yes, yes! We cannot forget about this tasty concoction! This is the perfect picnic, evening chill session, and even party drink when you want a nice buzz but not too strong that you end up falling flat on your face. Sangria was actually first developed as a wine punch in Spain and Portugal. The name comes from "Sangre" - blood. You can definitely see the correlation due to the red wine and brandy and the fruits adding this dark red color. It's still a very popular drink served at conferences, evening work parties, etc. 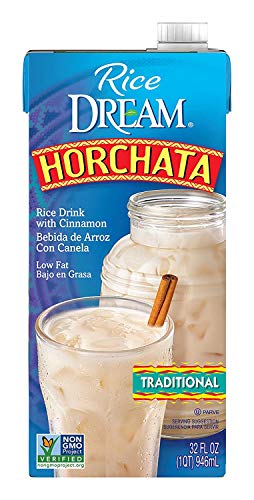