Are you starving your body every day?

Lots of people skip breakfast in the mistaken belief that skipping a meal can help them lose weight. This is not a good idea. You're body has been sleeping and, hence, fasting for hours. You need to nourish your body with the building blocks of a healthy body. You can do this without meat, dairy or eggs to fill yourself up, get yourself going and get your body off to a great start each day.

The latest research revealed that if you don't eat breakfast, your metabolism remains sluggish, similar to sleeping levels of caloric burn, until you eat. I don't know about you, but I'd rather get my metabolism going in the morning.

I have been a vegetarian since 1977 and a vegan since 1989. I've always been a breakfast person and breakfast to me has almost always been cereal. My favorite when I was young was Cheerios. I used to like Cheerios with bananas and white raisins and skim milk. I switched over to soy and rice milk when I became vegan, but I stuck with Cheerios.

I would often eat hot cereal too. My favorites where Ralston, Maltex, Wheatena and Oatmeal, all whole grain cereals. I often used to mix cereals (Maltex and Ralston made a great combo as did Wheatena and Ralston) and add light brown sugar and a bit of skim milk (again, I changed to soy or rice milk when I went vegan).

I currently cannot eat wheat and don't eat any sugar, so all of the above cereals are out (though they're still pretty good choices for a healthy breakfast). My breakfast choice these days is barley grits or oatmeal cereal (or a combination of the two) with 2 tablespoons mixed chopped nuts (I use walnuts, almonds, cashews and pecans), 1 teaspoon cinnamon, 1/16 to 1/8 of a teaspoon maple extract, and, sometimes, a bit of ginger and/or cloves -- I cook all that and then add stevia (for sweetness -- you can use whatever sweetener you use) and almond "milk". I also recently started adding protein to my breakfast (see "High Protein Breakfast" recipe at the end of this lens.)

On Shabbat (the Jewish Sabbath when we are not permitted to cook) I substitute Food for Life Ezekiel Cereal (either plain or almond). I add cinnamon, stevia, nuts, maple extract as above and I also add dried fruit-juice sweetened blueberries, cranberries and sometimes other dried fruit (like raisins or dried cherries) and when I have them in the house, sliced banana.

Amazon items to help with a healthy vegetarian breakfast.

This mug is only one of several mugs at our store.

A few weeks ago, my medical practitioner told me I shold eat more protein. Then, he turned around and told me to avoid grains for now (I've been through this before, but I digress). While difficult to deal with these limitations (as a vegan and as someone who likes "cereal" for breakfast), it's not impossible. I came up with a way of dealing with this and, in the process, gave myself a tasty start to the morning. 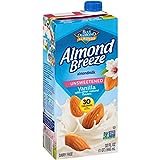 Ingredients for the previous recipe from Amazon

While Amazon doesn't carry the noodles, they do carry the other ingredients. 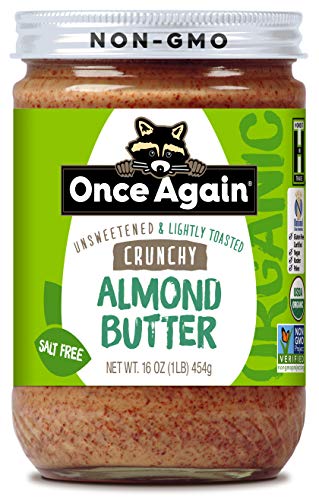 My Recommendation, Available at Amazon - Get off your Couch and Out of the Drive-Through Lane!!!!

I started reading this book over Rosh Hashana and I was very inspired (in actuality, it was another book by John Robbins, Diet for a New America, that convinced me to make the change from ovo-lacto vegetarian to being vegan). While I was already eating a healthy diet and working to exercise (I wear a pedometer and aim for 12,000 steps a day), this book inspired me to change my attitude, get my father out for a walk, and take charge of my own health and life. (I finished the book over Sukkot and the end is as good as the beginning)

If you are dealing with the ravages of the "standard American lifestyle" -- the "fast food"/couch potato, read this book -- and live your life for yourself. 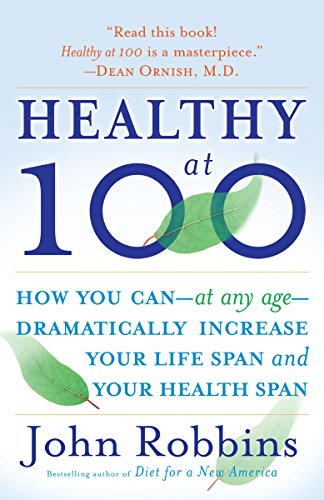 Healthy at 100: The Scientifically Proven Secrets of the World's Healthiest and Longest-Lived Peoples
Buy Now

Ready for your own favorite breakfast???