I always have images in my head of taking the Horde apple-picking when fall hits, the nights turn cool, and the days are brightened by that impossibly-blue sky. I do it in berry season, I do it when the sweet corn hits in the summer, and I do it when the tomatoes brighten and ripen. I have lovely thoughts of happy children skipping through orchards hand in hand, and gallons of fresh pressed cider waiting to strengthen their growing little bodies.

And yet - for apples - all I can say is that they involve ladders. There are five boys in the Horde O'Precious Darlings, from two to fourteen, and that's 10 potential broken arms. Not that the Misses are any better; I swear either one of the girls could give all five of the boys a run for disasters-waiting-to-happen. So I've copped out so far on the apple picking. My cider not only isn't fresh pressed - I bought it at a mega-warehouse club. I love fresh, local and all natural as much as the next guy, but there are limits when applying that to the practical and day to day, y'all. Apple picking has to wait until I have my own farm, full of organic fruits and vegetables waiting to be plucked, and happy little farm animals gallivanting about.

Redemption for me though comes in this - homemade spice cake. Not only spice cake - but APPLE spice cake, and this spice cake recipe relies on lots of apple cider. The result is about as perfect as it gets - nutmeg and cinnamon, ginger and allspice all dance with apple cider in a beautiful tender cake that's fortified with a lovely apple glaze and a beautiful cinnamon cream cheese butter cream. Have I hooked you yet? If not, can I mention that as far as cake recipes go, this is about as easy as it gets. There - that should have you. ;-)

Seriously though - this cake is super simple, absolutely homemade, and just plain shouts fall. And your kitchen will smell divine as well. That's win-win in anybody's book. Cookbook that is. Give it a shot - it's almost enough to haul seven kids off to an orchard near you. Almost. 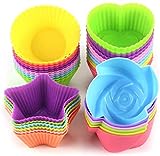 How to Make Vanilla Extract

Mix together sugar and spices in bowl or large mixing cup. Add apple cider a bit at a time and stir until glaze reaches desired consistency. (Add sugar or cider as necessary.) Glaze should be easy to pour but thick enough that it does not soak into cake immediately. Pour glaze over completely cooled cake.

1. In the bowl of an electric mixer, cream together butter and cream cheese until softened.

2. Add spices, and about half the powdered sugar. Turn mixer on low until the frosting comes together. Slowly add in additional powdered sugar until frosting is stiff.

3. Add apple cider until frosting reaches a spreading consistency. Don't make it too soft - if you add too much cider the frosting will 'droop'. If you get yours too soft (I do all the time) just add more powdered sugar until it stiffens up.

4. Make sure the cakes are completely cool, then frost in between layers, then the top and sides. Perfect!