What is a Pretzel?

Pretzels have been around for almost 1500 years. During that time they progressed from being a basic bread meeting the religious requirements of the day to an inexpensive snack food that satisfies the need for something salty.

Dictionary.com defines pretzel as, “A crisp, dry biscuit, usually in the form of a knot or stick, salted on the outside; (or) a larger version of this, made of soft, chewy bread dough.” Obviously, the first definition describes a hard pretzel, and the second describes a soft.

Since April is National Soft Pretzel month, we will be looking at how to make a delicious soft pretzel.

Who Created the Pretzel?

Many sources indicate that early in the sixth century medieval Italian monks living near the French-Italian border created the first pretzel as the most basic form of bread to be served during the Lenten season. Its unusual shape was said to represent the practice of crossing one’s arms over one’s chest while in prayer, a common practice during that time period. The Italian word for this Lenten bread was “pretioli” which means “little rewards” or “pretoria” which means “reward”.

Other sources indicate the pretzel to have origins in a southern France monastery; and some trace its origins to the Greek ring bread.

Pretzel baking firmly took hold in southern Germany and in neighboring German-speaking areas as early as the 12th century and became widely used as a symbol of German bakers and their guilds calling them Brezel, Bretzel, or Brezzl. They have been an essential part of German baking traditions since that time. In southern Germany and its neighboring German-speaking areas, the pretzel has continued to hold onto its early religious meanings and is still utilized at festivals and in numerous traditions.

Pretzels and the Catholic Church

The Catholic Church considered pretzels to have a religious significance especially during the season of Lent, when eggs, lard and dairy products were not allowed to be eaten.

Eventually pretzels became associated with Easter as well and were hidden just as eggs are hidden today.

Significance of the Pretzel’s Shape 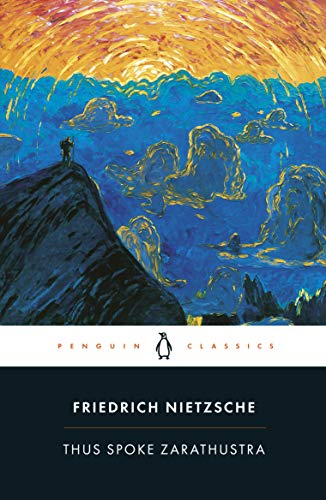 Thus Spoke Zarathustra: A Book for Everyone and No One (Penguin Classics)
Buy Now

In southern Germany and in neighboring German-speaking areas, the pretzel is an integral part of many festivities and traditions.

On January 1st, “New-Years pretzels” – a lightly sweetened yeast pretzel – is exchanged with wishes of good luck and fortune. This pretzel is made in many different sizes and can be as wide as 20” (50 cm) or more! If you think this is a big pretzel, keep reading! On this day, many children visit their godparents to receive one of these treats.

On May 1st, another tradition was for boys to paint a pretzel on the doors of the homes of the girls they cherished. (I see another tradition springing from this one – on May 2nd, boys painting doors to appease the girl’s parents!)

On the 4th Sunday in Lent, the residents of Luxembourg celebrate “Pretzel Sunday”. Rather than painting pretzels on the doors, during this festival the boys gave their sweethearts pretzels and the size of the pretzel is an indication of how much the young man likes her. If the girl wants the boy to step up his attention, on Easter Sunday she will present him with a beautifully decorated egg. On this same Sunday, other communities celebrate with parades where large pretzels are displayed on colorful decorated poles.

Other Types of Pretzels in Germany

Pretzels come in all shapes and sizes. There are big ones and small ones, twisted ones and straight ones; some are hard and some are soft. (Almost sounds like Dr. Seuss!) 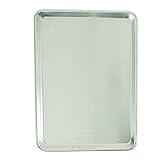 Pretzels in the United States

It was not until the 19th century that pretzels were brought to the United States by German and Swiss German immigrants, who later became known as the Pennsylvania Dutch. Handmade pretzel bakeries popped up over much of the area.

In the 20th century, the soft pretzel’s popularity soon spread to cities like New York, Philadelphia, and Chicago. The industrial age allowed for mass production of the pretzel. Pretzels, whose distribution was once limited to vendors selling on street corners, soon became available at schools, grocery stores, movie theaters, concert halls, sport stadiums, and arenas.

Pennsylvania, producing 80% of the nation’s pretzels, is still the hub for American pretzel production. The pretzel in now recognized as a cuisine of Philadelphia; and it has been reported that the average Philadelphian eats twelve times more pretzels than the national average. The national average is 1.5 pounds (0.7 kg) per person consumed annually! In 2003, April 26th was declared to be “National Pretzel Day” by Pennsylvania Governor Ed Rendell. Philadelphians prefer their pretzels to be soft, chewy, and topped with mustard.

It is believed that hard pretzels originated accidentally in 1850 in Lititz, Pennsylvania. There is some thought that all pretzels were intended to be soft until a pretzel baker fell asleep, and the pretzels that were being prepared had all the moisture cooked out of them. The hard pretzel was born! They quickly became a popular snack food.

Let’s look at how to create our own delicious soft pretzel. My husband has made these pretzels twice now and we have enjoyed them both times. I am sure you will too. Because the pretzel dough is a yeast dough and must be given time to rise, this recipe takes approximately 2 hours and 20 mins. The recipe below makes 6 large soft pretzels, but can easily be doubled.

In a measuring cup or small bowl, dissolve yeast and sugar in warm water. Allow to stand approximately 10 minutes. Appearance will be creamy.

In a large bowl, mix together flour, salt, and sugar. Create an depression in the center. Add the yeast mixture and the vegetable oil. Stir well until mixture forms a soft dough. If mixture is too dry, you may add up to 1 T. of water.

Hand knead the dough until smooth, 7-8 minutes. Lightly oil another large bowl, place the dough in this oiled bowl, turn to coat the dough with the oil to prevent the dough from drying out. Cover the bowl and place in a warm area. Allow to rise until doubled, approximately 1 hour.

Turn risen dough out onto a lightly floured surface and divide into 6 equal parts. Roll each part into a rope and twist into the classic pretzel shape.

After all are shaped, slide each pretzel onto a pancake turner and dip each pretzel into the baking soda solution, draining slightly, and placing onto lightly greased baking sheet. Sprinkle with kosher salt.

Bake until browned, for about 8 minutes.

Why Dip Them In Hot Water with Baking Soda?

After watching my husband make this recipe, I was curious as to why the pretzel was dipped in the hot water with the baking soda dissolved in it.

I came to the conclusion that it must be for one of two reasons.

The first being that pretzels were often boiled before they were baked and this replaced this step.

The second went back to the principle of using lye in baking. The first use of lye occurred in the 19th century when a baker accidentally dropped a sheet of pretzels ready for baking into a vat of lye that was used for disinfecting and cleaning the baking utensils. He baked the pretzels anyway! The color and the flavor were both more appealing and it became a common practice – with cleaner lye solution one would hope! This baking soda mixture could be used to come close to this practice.

Optional: Baked pretzels can be dipped into or brushed with melted butter, then sprinkled with sugar (powdered or granulated) and cinnamon. If this option is chosen, do not add kosher salt to the pretzels before baking.

I hope you enjoyed learning a little more about the pretzel and I hope you enjoy making your own. They are both easy to make and taste delicious! Enjoy!