The energy elixir wakes us up, but is it safe? 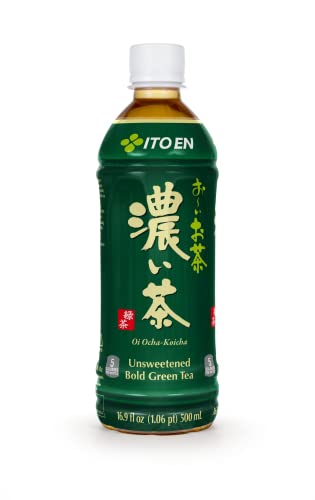 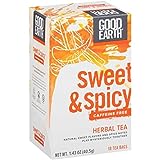 Have you noticed the ever increasing need for a pick me up in the morning? Are coffee and sodas’ still a routine for you? Or have you, or someone you’ve known shifted to the more convenient energy drink of choice. I’m sure you’ve noticed these popular drinks within the market place, such as Red Bull, or Monster drinks to name a few. If you’ve read the ingredients then you also know their packed with sugar and caffeine. If you’ve been concerned about this trend and have wondered whether or not overconsumption of these products is good for you and your children, you have good reason to be. Energy drink overdoses and side effects are now being tracked nationwide as of Oct-Dec 2010 by the American Association of Poison Control Centers.

And during this 3 month window 677 energy drink overdoses had occurred and during the first 2 months of 2011, 331 more had been reported. Out of 300 energy drink poisonings a quarter of them were younger than the age of 6. The symptoms called into poison control include seizures, rapid heart rate, chest pain, high blood pressure, irritability and hallucinations, but thankfully no deaths during this report time.

A growing concern with energy drinks is the increase use as a mixer for alcoholic beverages. This increased use has resulted in deaths as reported within European statistics. The risk of death appears greater if mixing these two (stimulants and depressant), and especially bad for you if you have epilepsy. And since the American Association of Poison Control has just begun to track these statistics, we’ll not know the full impact these mixed drinks will have on American consumers for some time.

Now let’s look at the front end of this 20 year history by first examining the 2008 energy drink sales, which have steadily increased since its inception. The 2008 numbers give a good ideal of the popularity of these products to date, by comparing the 2011 sales figures. A market research firm Mintel states that 2-3 oz energy drink shots doubled in 2008 sales from $544 million dollars from the previous year. And at that time the energy drinks market was the fastest growing segment of the $4.6 billion dollar market. During 2011 the energy drink industry had an estimated sales forecast to top $9 billion. In 3 years time the energy drink market demand had increased more than 200%!

The ever popular 2-3 oz five hour energy drinks now holds more than 75% of the mini-portable energy boost market (Living Essentials, 2004 pioneered the first energy shots). Now its competitors Monster Energy, Red Bull and Coca-Cola have their own energy drinks. The energy drink ingredients are mostly caffeine, B vitamins and Taurine (an amino acid food from animal), including flavoring and artificial sweeteners. There are also portable sugar free 2 oz, 5 hour shots with only 4 calories, where a regular Red Bull 8 oz energy drink has 100 calories. Red Bull then came out with a sugar-free drink with 10 calories. Basically, you have a no calories, no nutrient value with high stimulant ingredients available to all walks of life.

What’s in the stuff? Mostly caffeine and sugar, but there are variations of ingredients that may be found in various energy drinks. These ingredients may include ephedra (Chinese medicine for 5,000 years for the treatment ofasthma andhay fever, as well as for thecommon cold. This ingredient is also used in many cold medicines found at your local pharmacy).

Since ephedra and caffeine stimulate the heart, it is not considered healthy to take the two together. These two ingredients are known to reside within some of these product drinks. Other stimulant herbs include: ginseng, green tea, guarana (Seribian Drink made of guarana plant - caffeine), or taurine (physiological stimulant). A problem with these stimulant additives, ginseng for example has caffeine in the herb, like other herbs it is not always required by the FDA for the manufacturer to list this caffeine content to the total caffeine tally on the drink container. Since this is the case, you can’t be sure of how much caffeine you actually consume in a day. You may also find varying vitamins and minerals such as B vitamins for energy conversion within many of these products.

So from a health safety aspect, what consumer concerns should we be aware of? For one, there is a likely correlation between excessive urination, dehydration, and risk to bones and teeth. This is very concerning for children in sports because of the diuretic factor these energy drinks present by way of high caffeine content. Excessive urination may also be the reason for lower levels of calcium that have a direct impact in maintaining healthy bones and teeth.

Another cautionary tip you may want to study up on. When mixing natural sugars like the sucralose used to make “Red Bull Sugar free,” it is good to understand that mixing natural sugars with sucralose and dextrose for example to vary the sweetness, may also change the risk factor to your health. Be sure to read “Popular Sugar Substitute Healthy?” (Link referenced within this article).

It is well to note since sugar boosts energy levels it also increases blood glucose. And for a diabetic this is not a good thing. And for those trying to lose weight, the insulin produced from the pancreases stores the excess sugar as fat. Now here’s the two in one punch you get when drinking a lot of energy drinks because of the combined effect of caffeine and sugar. It is the addiction to these two stimulants that causes dependency. And like an addict, the symptoms of energy drink withdrawal are headaches and excessive tiredness. And in order to alleviate these negative symptoms, one has to continue drinking more of the drink to continue receiving the same benefits without experiencing the negative symptoms of withdrawal.

So what is considered as safe consumption of energy type products including sodas and coffee? These recommendations vary, but a good average across the board looks to be: adults around 400mg/day, pregnant women below 300mg/day. A five-year old child, no more than 1 soda/day at 45mg caffeine (at the most) and this would mean no chocolate, tea, or any other food source with caffeine in it. And as a point of reference, 1 energy drink does not equate to an 8oz cup of coffee (130mg/cup). One energy drink or shot of caffeine free can range up to the equivalence of several cups of coffee!

We already know exercise increases heart rate and sustained blood pressure. When Energy drinks are introduced into the circulatory system and one participates in sport activity your system become super revved. The problem is if you have an undiagnosed health issue, where an increased surge in circulatory pressure could lead to a stroke or heart attack. This leads one to wonder about the ever increasing teenage deaths on the football field and exact cause of the death.

Swedish authorities warn and now believe mixing energy drinks with alcohol and drinking energy drinks after exercise can cause death! “There is no hard scientific evidence available as yet. We are going through the Autopsy reports” (Anders Glyn, of the Swedish National Food Administration). And Dr. Dan Andersson of Stockholms South Hospital states, “If you drink a lot of Red Bull, and you are dehydrated, and/or mix it with alcohol, it can be very dangerous.

Even here at home there is a crack down on energy drinks and those that now contain alcohol. The FDA has sent warning letters to manufactures and bans of specific type of energy and alcoholic drinks in several states because of overdoses.

In conclusion, energy drinks don’t appear to be the best thing for our health. If you note excessive use of energy drink consumption within your family, it would be wise to educate them in this matter. And at a minimum, if you are obese, diabetic, have been diagnosed with epilepsy, or congenital heart failure, it is not a good idea to consume these types of products. It should also be emphasized child consumption of energy drinks, especially under the age of 14, or if your child plays sports, energy drinks should be avoided.