I really love eating this dish, because it was won of the first I discovered when I was introduced to Chinese food after I graduated from high school. I had never heard of Chinese food before! The first time i entered a Chinese restaurant I was fairly well lost, but really enjoyed the atmosphere and the music.

Cashew chicken is a simple and enjoyable dish, a Chinese-American fusion of deep fried or stir fried chicken and a tasty oyster sauce. According to the Visit Missouri Newsletter, this delicious dish was first served back in the early 1960s by Leong's Tea House of Springfield, Missouri. Unfortunately, the restaurant closed in 1997, but the dish and its variations live on.

The owner of Leong's, Mr. David Leong, had immigrated to the USA from China in 1940 and started his restaurant. However, the Chinese foods he served had difficulty catching on with the American public and did not become popular. His remedy was Chinese-American fusion style cooking that was tastier to Americans. This simplified version of his invention includes only fried chicken strips, Chinese oyster sauce, cashews and chopped green onions or scallions. There are many variations, and one even included coconut!

5 stars from 1 rating of Stir-Fried Chicken and Cashews 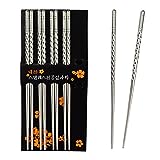 For one of my own variations, you can be sure to add the sherry and sugar and ¼ - ½ cup of flaked coconut to the chicken mix. Or, you can brown it with the cashews, either way, depending on our mood. When served, sprinkle a little coconut over the top as well.

Besides rice, serve a compote of fresh fruits drizzled with honey and a little coconut sprinkled on top.

As stated in the first section of this article, the original recipe from the 1940s included a simple combination of deep fried chicken rather than stir fried, with oyster sauce and chopped green onions and that is still an option today: Springfield News-Leader, 2006.