Mountains In the Basque Countryside

The Basque are a unique people in several respects. Research and speculation circa 1990s - 2000s suggested that Bascos are genetically different from the rest of us. Although not much is published on this theory, the Basque cultural knowledge tells us the following stories, as confirmed by information provided for a 1980s Midwestern cooking show, provided by Basque restauranteurs Mr. and Mrs. Louis Erriguible and associates.

Basque was once an independent nation, but today is an ethnicity considered French or Spanish. Living in the Pyrenees, the people live across southwestern France and Northeastern Spain. Their native language is unrelated to any other language/language group in Europe.

Several theories exist that attempt to join the Basque language with others, but are inconclusive. In addition, the language has assimilated some vocabulary from Latin and other languages, creating nearly a dozen separate dialects in the 20th century. Three Japanese universities have programs to teach some version of the language, including University of Sofia (Tokyo), Kansai Gaida (Osaka). and a facility in Kobe. Meanwhile, heads of government in France and/or Spain have intermittently attempted to suppress the language, unsuccessfully – language immersion schools are available in the Pyrenees.

Overall, we do not know Basque origins and cannot detect a migration pattern. This suggests that they are unrelated to other Europeans, possibly 1) migrating from somewhere unknown or 2) in the tradition of Australian Aborigines and Aboriginals of nearby countries, comprising The People that Have Always Been Here.

UFOlogists may take the Bascos to be extraterrestrials. Anthropologists may see evidence that several species of humans inhabited the earth simultaneously.

The last theory repudiates 1) the origins of man in a single Garden of Eden ( Middle East or Africa) and 2) global human immigration from a single point – except that the trail of languages, cultures, and DNA insist upon that migration. 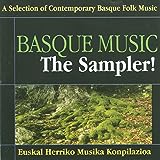 If multiple species of human lived at once on earth, then the single-point theory for Homo Sapiens could hold. I recall that we do not know the origins of the people in the Land of Nod, whom the Biblical sons of Adam married. Angels or a different human group or extraterrestrials, as opposing opinions suggest?

Celebrity William Shatner proclaims, “When I get to Heaven, I have several questions for God.” I look forward to knowing all about it. Whatever the status, it is all fascinating – especially the cuisine that has resulted!

Basque is a top mystery joining at least two others: 1) the relation of the Hungarian language to Finnish, but not to other European languages - as if Finns were air-dropped from a plane into Hungary, and 2) an Aboriginal nation in New Zealand found in DNA tracking, (National Geographic, 2005) to be apparently unrelated to other humans. More puzzles.

The Bascos have lived in the Pyrenees region since at least 200 BC, while France and Spain confiscated their land and dissolved their nation.

Thus, the Bascos own no nation or land, similar to Israel before 1948.

Bascos trace their lineage from Noah and the Great Flood, being descended from Noah's grandson, Tubal. Perhaps Noah, his wife, or Tubal's wife was different genetically from others and that difference was expressed in Tubal's descendants. I don’t know, but it is an interesting foundation story for a people.

The Basco stories tell us that Tubal settled in what is now Europe before the Tower of Babel was constructed (before the confusion of languages in Genesis 11:1-9) and brought with him the original language from the Garden of Eden: Euskera.

Piri Piri is a blend of spices used by the Basque, but also found in Spain and Portugal. Recently, I have found it in African recipes as well, so Piri Piri is a distant traveler. This spice blends is a hallmark of the cuisine in these areas, just as curry spice mixes are found in India and other nations. Piri Piri can be used as seasoning and in a sauce or gravy. The Basque version is highly flavorful and includes beverage alcohol. 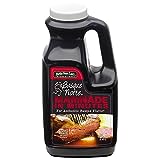 A Story From Roncalese, an Extinct Basque Dialect

The Tribute of the Three Cows, a Spanish Holiday (gospain.com and others)

Annually since the year 1375, on a July 13th holiday, the mayors of the Roncal Valley (Navarre, Spain) accept the Tribute of the Three Cows from the mayors of the Baretous Valley (France). This holiday celebrates the original agreement that ended the feud over grazing rights between the Basque peoples in the two valleys. An actual war had been fought with many fatal casualties.

The dialogue between mayors each July is this, in Spanish (the first part, once for each cow):

Roncalese mayor president (loudly): “Are you coming, as in past years, to pay the tribute?”

Roncalese mayor president: “Are you coming, as in past years, to pay the tribute?”

Roncalese mayor president: “Are you coming, as in past years, to pay the tribute?”

This dish is also popular in Spain and Portugal. Salt cod has been a winter staple in these countries and a source of survival. Basque, Spanish, and Portuguese immigrants to America passed this dish down to their descendants, who continue to prepare it as a tradition and a tribute to their ancestors. It is traditionally part of every Basque dinner.