Recipes For the Best Famous Salads In History

When Was Salad Invented?

Salads have been around since the times of the ancient Greeks and Romans, but they may have made their debut when the ancient Chinese first put soy sauce on some bok choy and Chinese Cabbage 6,000 years or longer into the past. Evidence has been found in Egyptian tombs of salad enjoyment and this probably allows the Egyptian (African) salad making timeline to match that of the ancient Chinese.

The salad may have been invented when the first human ate some sort of vegetation for food – wild grasses and grains, flowers, tree bark, and what have you. The whole culinary genre of salad did not become an art of cooking until 1000s – or millions - of years later and not very popular until the late 19th and the 20th centuries (in the US, specifically). We have many Americans who will still eat no salad.

Prior to all this history, Indigenous Peoples and animals in the New World enjoyed vegetation, while certain groups of people from the other hemisphere settled America without using vegetation. In fact, the “pilgrims” or saints as they called themselves, nearly starved to death their first winter because they couldn’t grow anything. See the presentation at There Was No Pie on Thanksgiving and its linked articles for a rundown of the true story that is new to many Americans. The Native Americans could grow vegetables, while the colonists seemingly could only make beer...

The Iceberg Analogy of Culture.

From Africa to Icebergs

Let’s accept the nation that salad in “civilized” society likely began in Egypt (Africa) and China. Archaeologists have found evidence of salad as cuisine in ancient Egyptian tombs. In Asia, salad may have begun with a dish of bean sprouts with a dressing of some sort – soy and sesame seeds perhaps. Pickled or fermented bean spouts create a salad unto themselves. Korean kimchi, hot pickled cabbage (although I have tried 20 different vegetables, fish, and meats prepared in this way), is also a sort of salad as well as a condiment, and has been in use for thousands of years as well. Overall, the concept of salad is likely as old as humankind.

One of the simplest salads I have seen in restaurants has been the head of iceberg lettuce, which many people now reject because of its 1) status as "common", 2) possible lack of flavor, or 3) possible content of harmful chemicals [I prefer locally grown, without chemicals). They prefer the wide array of greens available to us now in the 21st century. The variety of bases for salads in now seemingly endless, with so many varieties of lettuce and other greens, that it is difficult to list them all.

However, the iceberg salad is made by washing the head of lettuce and patting it dry or draining off the water, turning it stem-side out, and striking the stem sharply onto the counter top. This breaks a circle around the stem and the stem can be lifted out and discarded to the compost heap. The head is then cut through the center in to quarters or into 6 sections and each placed onto a salad plate. A salad dressing of some sort is added to this lettuce wedge and the salad is complete.

At one time, the favorite dressing of some establishments for this salad was Thousand Island, a version of Russian dressing that was made from a foundation of mayonnaise, catsup, and diced sweet pickles (gherkins) with some spices and perhaps a few other diced vegetables, depending on the city or area of the country. This dressing is not as readily available on a wide scale today in the supermarket, but can still be made at home. Note that McDonald's® Big Mac® Special Sauce® is itself a variety of 1000 Island Dressing.

Thousand Island was likely named after the Thousands Islands in the St. Lawrence Seaway area of New Your State, where the dressing may have been created near the turn of the 20th century, but there is also evidence of its creation in Chicago and California.

All that aside, one can take a lettuce wedge and dress it up whoever one wants to proceed, using any favorite ingredients. Vinaigrettes are quite nice and form there one can use one’s imagination for additions. A wedge of lettuce with some fancy stewed or Mexican tomatoes with chilies is a good one for my taste: quite simple, with only two ingredients.

Where did Iceberg Lettuce get its name? Possibly, it dervies form the freight method used to first deliver this Crisphead lettuce to market. The heads were plied up and covered with crushed ice to form what looked like miniature icebergs and the nickname stuck.

Speaking of icebergs, vegetation, and Native Americans, this graphic is very interesting:

The History of Food

A History of Food
Buy Now 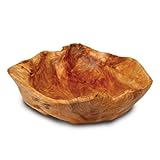