More Than You Ever Wanted to Know About Cocoa and Chocolate

Robert W. Paul, a British scientist, pioneering film maker, and humorist is probably best known for his remark about chocolate: “A new British survey has revealed that 9 out of 10 people like Chocolate. The tenth lies.” The British aren’t the only people who love chocolate. People around the world love this treat that starts out as a lowly bean. A Google search on the world “chocolate” generated 132,000,000 results 0.45 seconds. Chocolate affects people lives. In addition to health issues, it has influenced history, led to technological innovations, provides income for many people and affects society. Here are 53 facts about chocolate that show how pervasive it has been and continues to be in human affairs.

Chocolate and the Human Body

This article is part of dchinn1’s Bibelot spot series. A bibelot is a small object of curiosity, in this case, knowledge 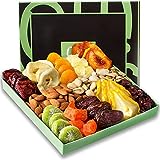