Did you know that you could get saffron supplements and that if you use it in your cooking that this amazing spice can offer you many health benefits? So what is saffron? It is a small, perennial plant of the crocus family. It is produced from the fragile, crimson-coloured filaments of the tiny Crocus sativus flowers which bloom for less than a month during the year and which need to be hand-picked.

It is widely used as a food colouring and it is the addition of saffron that gives paella and chicken korma their yellow colour. Spain supplies 70% of the world’s supply, but it is also widely grown in Italy, Kashmir, Turkey, China, North Africa and Iran.

It is the world’s most expensive spice and can cost up to £3,000 per lb, and more than 10,000 of the little Crocus flowers are needed to produce just one pound of the spice. It has a bitter taste, and a pungent fragrance. It is a golden yellow colour, and the robes of Buddhist monks are traditionally dyed saffron yellow.

If you come across any with white streaks or light patches it is inferior quality and when light specks appear in its powdered form it is a sign that the spice has been adulterated. So when you are shopping make sure that you go to a reputable dealer and look for a good, bright colour. Also remember that it can lose its flavour if left sitting on the shelf too long, so check that what you are getting is fresh.

How Is It Used?

There are many uses for this versatile spice. It has a very intense flavour, is very costly to buy and has strong colouring properties. Therefore very little is needed to be used when you are cooking and the trick is to distribute it evenly throughout the dish that you are preparing. To prepare it for use, it can be crushed to a fine powder with a pestle and mortar. Another method is to steep the saffron in hot water, and adding a pinch to a cup of hot water should create the desired flavour and colouring.

Good saffron should expand on contact with water and one cup should be sufficient for 1lb of rice. You can buy powder, which needs to be stored in a dark, cool, dry place, but this powder can be adulterated. It is a spice that appears in Moorish, Mediterranean and Asian cuisines, and is most commonly used to colour rice yellow, such as in Indian pilaus, risotto Milanese, bouillabaisse and Spanish paella. In England, this expensive spice is an important addition to Cornish saffron buns. 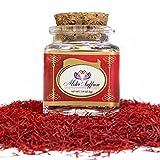 The cultivation and use of saffron was first documented in a 7th century BC botanical reference compiled during the reign of the Assyrian ruler Ashurbanipal. It is a plant native to south west Asia, but was first cultivated commercially in Bronze Age Crete. There are images of the harvest portrayed on the walls of the Minoan palace of Knossos in Crete and there also Minoan frescos of the the harvest and the use of saffron as a medicinal spice to found on the island of Santorini.

There are ancient Greek legends of sailors making perilous voyages to a place called Cilicia, a southern coastal region of Asia Minor, where they believed that the world’s most valuable saffron could be procured, especially from the town of Soli. Greek saffron produced at the Corycian Cave of Mount Parnassus was also well regarded.

In ancient times it also was regarded as a treatment for bowel complaints and renal ailments and the Egyptian Queen Cleopatra was said to have used it in her warm baths for its colouring and cosmetic properties. Cleopatra also used this expensive spice as an aphrodisiac, believing that it enhanced the pleasure of lovemaking.

Probably the best known legend involving this expensive spice from the ancient Greeks is the myth of Crocus and Smilax. Crocus was reputedly a handsome youth who started to pursue the nymph Smilax in the woods around Athens. At first Smilax enjoyed the attention and being wooed by Crocus but then she begins to tire of him. As Crocus would not stop pursuing her, Smilax resorted to turning him into a crocus flower and the bright orange stigmas of the flowers are said to represent Crocus’s undying passion for Smilax. This Greek myth was later immortalised by Ovid in a poem. 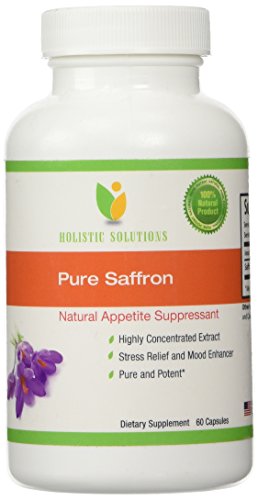 In Greek and Roman Times

The Phoenicians widely traded saffron right across the Mediterranean. It was highly regarded as a perfume and deodorant in Greek and Roman times and the townspeople in ancient Rhodes would wear pouches containing it when they attended the theatre in order to try to mask the body odour of the other members of the audience.

It would also be spread in public places and when the Emperor Nero entered Rome they strewed saffron through the streets to try and mask the smells of the city. Wealthy Romans used it as mascara, put it in their baths, offered the spice to the gods and stirred saffron threads into their wine. It was also widely used by the Ancient Persians and it is thought that it was the Persians who were responsible for the spread of saffron into China and India. It started to be cultivated in Kashmir and used to treat melancholy and as a fabric dye.

Saffron cultivation in Europe declined steeply on the fall of the Roman Empire and it was only re-introduced when the Moors conquered Spain, parts of France and the south of Italy. The Black Death or bubonic plague in the 14th century caused a huge rise in demand for it in Europe, as it was valued by plague sufferers for its medicinal properties.

However, many of the European farmers of saffron had died in the plague and large quantities needed to be imported from outside Europe. Getting the spice from the Middle East was difficult due to the hostilities caused by the Crusades, and much of the supply came from Rhodes. There was even a fourteen week long ‘saffron war’ after a large consignment of the spice bound for Basel was pirated by a group of wealthy noblemen.

Nuremberg became the centre for the saffron trade in Europe, supplied from the ships of the merchants of Venice. There was also a booming trade in ‘false saffron’, which is the real spice that had been mixed with another substance or dampened down to make it heavier. This led to the Nuremberg authorities drawing up a code to regulate trading and the penalties for those traders who adulterated their spice supplies were fines, imprisonment and even being burnt at the stake.

England then emerged as one of the major producers in the 14th century. The name of the town Saffron Walden is derived from the legend that during the reign of King Edward III a pilgrim brought a bulb concealed in a hollow staff from the Middle East to the town of Chipping Walden. Cultivation of the saffron crocuses began and subsequent selling of the saffron as a spice, aphrodisiac, perfume, dye and medicine brought prosperity to the town and its name was changed to Saffron Walden. Today the town’s coat of arms includes a crocus flower. Cultivation of the spice in England was squeezed out by the Puritan’s liking for plain food, England’s new conquests abroad and finally by the introduction of more easily grown crops such as maize and potatoes.

Saffron has been used as a medicinal spice for many centuries. It is known to be an anti-oxidant, and it is used in traditional medicine to treat tumours and depression. It also has properties that encourages oxygen flow and prevents cell death. Large doses can, however, prove fatal and it acts as an antispasmodic, diaphoretic, carminative, emmenagogic, and sedative.

Recent research has shown that saffron can also help to protect your vision. Researchers have shown that it has properties that can reverse age-related macular degeneration (AMD) which is the most common cause of blindness in the elderly. Tests were carried out that showed that a patient’s vision improved after taking saffron pills, and a number of the patients during traditional eye tests could read one or two lines smaller than before and others reported that they were able to read newspapers and books again.

Due to an ageing population, it is believed that the number of AMD sufferers could treble in the next quarter of a century. Age-related macular degeneration is an eye condition that there is currently no cure for and very few treatment options. AMD affects a quarter of people over 60 and more than a half of those who are over 75. AMD causes damage to central vision, but not affecting peripheral vision, and many sufferers end up being registered as partially sighted or blind. It is believed that the ingested saffron affects the amount of fat stored in the eye and can make vision cells tougher and more resilient.

So although saffron may be the costliest spice in the world, it has many uses in cooking, dyeing and perhaps most importantly medicinally.

Disclaimer: Please be aware that any information given in this article should in no way be used to replace advice given to you by your medical practitioner. Anybody suffering from a medical condition or is at all concerned should always consult their doctor before changing their diet or starting to take any form of dietary supplement. Also be aware that while saffron or taking saffron supplements is generally regarded as being good for you, there are no guarantees that your health will improve.