My pot of Gumbo

Please let me know what you think of this recipe:

5 stars from 3 ratings of Shrimp and Sausage Gumbo

I bought shrimp, sausage, and okra, because I knew I wanted to make something hearty for the cold snap that hit our area, but also, to honor the upcoming Mardi Gras. I knew both jambalaya and gumbo used shrimp and were served with rice...however, what was the difference?

I did some research to satisfy my curiosity and what I discovered is, "They both use similar ingredients." Here are the differences I found: gumbo is a dish that cooks the rice separately and the gumbo is served on top of the rice. Jambalaya cooks the rice right in the pot, along with the other vegetables and meats. It's similar to the Spanish dish, paella.

Also, jambalaya will include both fowl and seafood in one pot, but gumbo never combines fowl or other meat, (with the exception of sausage), with seafood. Jambalaya may also include tomatoes, however, it's an optional ingredient for gumbo..

There seems to be more similarities than differences. For instance, they both use the 'holy trinity' of vegetables: bell pepper, celery and onion. They both have been standard cuisine in Louisiana since the 1800's. Each dish has some variances to them; and finally, they are influenced by a broad cultural range: Spanish, African, Native American and French.

It appears that the variations of gumbo can be partially attributed to the area of Louisiana one comes from. Tomatoes are added in some of the gumbos that have had the vegetable readily available to them. The areas which did not have access to fresh tomatoes had more of a brown appearance from the roux.

Gumbo is serious business in Louisiana-it is the official state dish. And, each October there are several communities in Louisiana that hold annual gumbo festivals. In fact, Bridge City proclaims itself the 'Gumbo Capital of the World'. That is a mighty big boast, and one has to wonder how its neighbors feel about that claimed title.

You don't have to be on the Gulf of Mexico to enjoy authentic Cajun fare. If you're in Southeastern Michigan you can visit the Gumbo Restaurant and enjoy homemade recipes by owners, Jimmy and Terri Taite.

Better yet, buy the ingredients for this delicious gumbo dish and make it yourself.

Where to find Awesome Gumbo 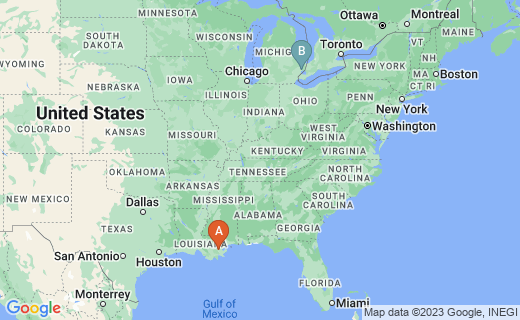 Touts itself as the Gumbo Capital of the world.

Notes on this recipe

Although either cooked or uncooked shrimp can be used, I chose to use the already cooked shrimp and removed the tails before throwing them in the pot.

I used fresh Italian Flat-Leaf parsley, adding it as the very last ingredient.

Good Housekeeping called for frozen okra and canned stewed tomatoes. I adjusted those two ingredients by simply replacing them with fresh, dicing the tomatoes, and cutting the okra in threes.

If you have never cooked or eaten okra before, as was the case for me, do not be surprised when you cut into this vegetable. It has a sticky, slimy feel to the inside where the seeds are. I suppose that is what helps it to thicken the gumbo.

Although the recipe calls for hot sausage, I actually used sweet Italian. It was my preference, but a true gumbo has a bite to it that gets a boost from the hot sausage.

Usually green bell peppers are used, however, I find the taste rather bitter. I substituted a red bell pepper and enjoyed that much more. 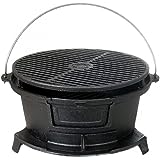 How to make Shrimp and Sausage Gumbo