22 Parishes make up the Acadiana Region

In the 1980s - 1990s, I watched Justin Wilson's Louisiana Cooking show on Saturday morning TV. The theme song of the show was Poor Little Lost Boy and it was played against scenes of the bayou country of Louisiana. A short discourse on the Acadians relocating to that state was also presented in this opening. A talented composer, Chef Wilson had written the theme song and a 10-song album.

Chef Wilson was a famous Louisiana chef for a number of years, specializing in Cajun and Creole (which culture includes Native Americans) dishes. His show was entertaining, because he used good humor, told jokes and funny stories, explained his cooking procedures in an engaging manner, and talked to the food as if the ingredients were human beings...

Justin Wilson was a good person as well as a good chef. I learned a lot about cooking through his shows and his books, allowing me to eventually come up with my own recipes. I will provide some of those below with some Justin Wilson and other Cajun resources. I miss him and wish he were still with us in this life.

When you visit the Justin Wilson web page at How Y'al Are? you'll the site offers free recipes as well as quality food preparation suggestions.

Also see: Cajun Easter Foods and Recipes for some Acadian History as well as recipes.

Get to Know Justin Wilson

Squirrels in the Swamps

The term "dirty" comes from the dark sauce used in this rice dish. The more white rice you add to it, the lighter, or less "dirty" - it will be.

This delicious dish, also known as rice dressing, can use any number of different ingredients, depending on your favorite tastes and textures. These ingredients include chicken liver, sausage, endouille, and others.

*You can also add 1 cup diced celery in order to use the Cajun Three Sisters - Green Bell Pepper, Onion, Celery.

Gather a skillet, wooden spoons, knives, bowls, measures, cutting boards, and other implements you may need and make sure they were washed well in hot soapy water, rinsed, and dried, including the counter top next to the stove. I always keep a half-sink full of boiling hot soapy water for quick cleanups and top soak implements clean as soon as I am done using them. By the time I am finished with the dishes I am preparing, the kitchen is almost entirely clean again as well.

A crisp side salad and iced tea make good accompaniments; or, the dish can be served with an entrée and a salad for a bigger meal. It's delicious either way.

Crumbled cornbread instead of rice and add some hot sauce!

This rice or cornbread dressing can be frozen for a month and reheated in the microwave or in a large skillet with a little more brown sauce.

3 stars from 2 ratings of Dirty Rice

Cajun Roux Base for Seafood

The roux is a basic sauce in Cajun, Creole, and Southern cooking. In fact, it is the base for French sauces as well!

You cook it until it is as dark as you want it to become. It can be light beige to very dark brown or brick red shades. It can be seen as a type of gravy.

Now this is a good base for seafood dishes. Add a couple of chopped tomatoes, a CUP of your favorite stock (clam juice or vegetable stock are nice) and some salt and pepper, as well as a bay leaf and keep stirring.

You can add crawfish, shrimp, or lobster to this base, perhaps with a little hot sauce, turn down the heat and simmer for 5 minutes to make a great quick meal. Serve it with cornbread, a green salad or coleslaw, green beans, and/or fruit. Don't forget to take the bay leaf out, because it would cut your tongue.

I like this basic Cajun seasoning as well as I like curry powder and I make both myself. You can, too.

I also like this mix with some lime juice added, for salsas.

Mix all of the ingredients together at once and put them into an airtight container for your kitchen. Keep it away from moisture so that it will not clump up or harden into a block. If it hardens from moisture contact, put it in a blender or food processor and break it up again. 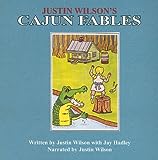 The Ragin Cajuns - Sports at the University of Louisiana at Lafayette.

ACADIAN-CAJUN Genealogy: Cajuns, 18th Century - This site provides much of the history of Louisiana and the Acadiana Parishes from early the 1700s forward.