Chicken Parmigiana in Under 30 Minutes

This meal is for people that cannot cook, do not want to cook or just simply do not have the time like busy moms, single, working dads or parents that work the night shift. It is extremely simple and can be made in about 30 minutes or less.

Origin of the Recipe

My wife's sister can't cook. It is probably because she has absolutely no interest in cooking to begin with so she was living off a diet of take out and frozen dinners. That's no way for a thirty year old woman to live. Fast food is, generally speaking, horribly unhealthy for you and extremely expensive compared to making your own meals so I decided to come up with some recipes that were so simple that even a non-cook could prepare them easily. Her requirements were simple, she wanted to spend the least amount of time possible in the kitchen, thirty minutes at most. The ingredients had to be easy to get from any local grocery store like a Walmart or Safeway and she did not want to do a lot of prep work. In effect she wanted a frozen dinner that was not frozen. 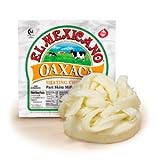 Oaxaca El Mexicano Mexican Mozzarella Cheese TriPack
Oaxaca cheese (Spanish: queso Oaxaca) more commonly referred to as Quesillo is a white, semihard cheese from Mexico, similar to unaged Monterey jack, but with a mozzarella-like string cheese texture. My Hispanic wife introduced me to this wonderful cheese many years ago and I have become a rabid fan of it. You will too.
Buy Now

This recipe is not just for the time conscious cook, it is also a great introduction to cooking in general. So, for those that just do not know how to cook, but want to learn, I have also included some ways to further develop this meal into something more sophisticated at the bottom of the page.

I have also made some recommendations about exactly what products to use in this recipe but you can probably substitute your own preferences with great results. You can order them from Amazon below or get them from your local grocery store.

In America, the thing in the stove that we call a griller and use to make grilled cheese on toast sandwiches, is called a broiler. Also, when they say Barbecue or Barbque or BBQ they mean a style of cooking, not an actual BBQ. When they mean a BBQ cooker they say grill. I think they do it to confuse us. It's working.

5 stars from 1 rating of Chicken Parmigiana

Fast cooking does not mean bad meals or even unhealthy food, for example, famed chef Mario Batali produces an excellent pasta sauce that will really go a long way to elevating this meal but you could also use any kind of pasta sauce you like.

Kraft Mac n' Cheese - I recommend this product because it does not require you to cook the noodles and make the sauce separately, you just pop it in the microwave and go. Aside from the convenience, it is also great for making other dishes that will be included in this series. And let us not forget that it just tastes great on it's own, the ultimate comfort food.

Breaded Chicken Tenders - just about any breaded, chicken tender will work with this recipe because the flavor really comes from the cheese and the pasta sauce. 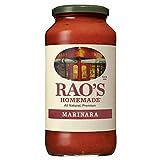 Both my wife and I love this meal and chicken parmigiana often appears on lists of most romantic date meals and meals to make your partner on Valentines Day because there is something almost sensual about it.

Having said that, it is macaroni and cheese and more cheese so there are definitely ways to both improve the taste and the healthiness of this meal. Here are a few of the best ways to improve this meal and you will develop your cooking skills as you go.

Add Zucchini - Roasted Zucchini enhances the flavor of almost any pasta meal but it works particularly well with this meal. Just slice the zucchini into circles about half as thick as a pencil. You can leave the skin on or not, it is up to you. The easiest way to cook the zucchini is under the broiler since you will already be using it anyway. Dust each piece with a little salt and pepper or, even better, a little salt and smoked paprika and then pop it under the grill to cook until it becomes tender.

Add Tomatoes - I love tomatoes and they work particularly well with Italian dishes so slice a tomato into rings, as thick as you like and garnish them with a little salt and pepper. Again, paprika works as a great substitute for pepper so feel free to douse that on. Place the tomato rings on top of the cheese and keep it under the broiler until it the tomatoes get a little color on them. If you want to hit them with a little diced garlic or garlic salt before you put them under the broiler, that is a fantastic option too.

The other great thing about Chicken Parmigiana is that you get two meals out of it because you can also turn it into a sandwich too if you want. Get a good quality roll or bun and you have a great lunch for the next day. Add some fresh spinach and some onions and, if you're my wife, smear the bread with cream cheese. Personally I like to fry the bread in a little garlic oil or butter.

This sandwich even tastes pretty good cold so it is a good option for kid's lunches too.

You can very easily make a delicious, vegetarian version of this dish my using vegetable patties like the zucchini patties you can find in Safeway's frozen foods section. You just heat them up a little in the microwave and then either put them under the broiler or crisp them up a little in a non-stick saucepan and viola!