I garden at my parents' house, mostly to improve the local biodiversity, but I concentrate on food crops.

From Prehistory to Today

Chickpeas, or garbanzo beans, have been used for food since prehistoric times. Chickpeas which have been dated to approximately 6700 B.C., have been found in a cave in France, and they are known to be among the earliest foods which were cultivated by humans. The Romans certainly knew about chickpeas -- the famous Roman writer Cicero was named for them!

Today, chickpeas, also known as ceci beans, Indian peas, Egyptian peas, chana, or Bengal grams, are grown primarily in Asia and Mexico, with some production in Canada and Australia. They are an essential ingredient in many Indian and Mediterranean dishes, and have been used to make flour, and even as a coffee substitute!

Garbanzo beans come in several varieties: the two main varieties are called desi and kabuli. Desi chickpeas contain more fiber and have a much lower glycemic index, while kabuli (the large, pale garbanzo beans typically found in cans) are the type of chickpeas more often used in Mediterranean dishes. Kabuli chickpeas are what you usually get when you make hummus.

How to Use Chickpeas 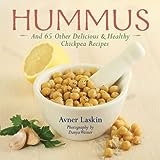 Chickpeas have a wide variety of traditional uses: cooked, as an ingredient in salads; in casserole dishes such as Imam Bayildi, a dish which adds eggplants and tomatoes to chickpeas (the name means "The Imam fainted" and might refer either to the delicious taste of the dish, or to the amount of expensive olive oil the eggplants will soak up); roasted with curry or other savory spices, or pumpkin pie spice and eaten like peanuts; ground and made into flour; ground and shaped into balls, and fried, known as falafel; and in stews or soups. They can also be ground and used as a thickener for soups, stews, or sauces. Some varieties can even be popped similarly to popcorn!

Another way to eat garbanzo beans is to sprout them and eat them raw. It's ridiculously easy to sprout them; simply place chickpeas in a glass jar, cover with water, put the lid on loosely, and change the water every day until they sprout. The soaking water can be used to water your plants, as it will contain nutrients.

However, my favourite way to use garbanzo beans is to make the famous paste known as hummus, made with ground sesame seeds, olive oil, fresh garlic, lemon juice and ground cumin. Once you have gotten accustomed to the taste, it can be quite addictive! Ludicrously expensive in the grocery or specialty shop, hummus is very cheap to make yourself.

Because most residents of the United States of America are not familiar with chickpeas, if you plan to eat them regularly, it's a good idea to invest in some recipe books to try different ways to use them until you get a feel for when to add chickpeas to a dish, or how to incorporate chickpea dishes into your meals and snacks.

If you start with dried chickpeas, allow at least an hour, and preferably two, for cooking them to doneness. This time can be shortened considerably by soaking them at least overnight, and preferably for an entire day in advance. You can cook chickpeas by boiling them or microwaving them; either method will work, but microwaving may be faster and more convenient. Simply cook them until they are tender and you are ready to incorporate them into your meal. If the skins come off, you can grind them up and add them back to the dish, or put them in your compost bin.

Chickpeas in the pressure cooker, even cooked from dry, take only a few minutes.

Of course, canned chickpeas are ready to eat, but don't have the flavor of fresh chickpeas.

Chickpeas are very high in calcium (almost as high as yoghurt), and are a significant source of protein, fiber, and provide meaningful amounts of iron, zinc, and magnesium. Recent scientific studies have shown that garbanzo beans may even be useful in helping to lower blood cholesterol.

Percentages are relative to US recommendations for adults.

Chickpeas are extremely easy to grow. although they will need quite a lot of water to get going. Once established, they are quite drought-tolerant thanks to a long taproot. Plant them in sun, in well-drained soil. I usually sprout the plants from dried raw garbanzo beans in between two damp cellulose sponges on my windowsill and then plant them in my garden. You will get a plant anywhere from eight to twenty inches in height, whose leaves can be eaten as a vegetable, and the chickpeas, which can be eaten green, or left to ripen and then eaten, or the peas can be dried for later use. If you by accident let any chickpeas fall on the ground and miss them, they will readily grow into new plants for next year.

Chickpeas are an annual plant which grows best with day temperatures from 70 to 80 degrees F, and night temperatures from 55 to 65 degrees F. After they flower, they will produce hairy pods that yield either one or two seeds each, much like peas or beans. You can eat them raw, cook them, germinate them, or dry them.