This easy endive recipe is a wonderful way to serve chicory

How do you cook chicons? (Chicons are also called chicory and endive). At Les Trois Chênes guest house, or Chambres d'Hôtes in French, we try to use seasonal and local ingredients where possible when cooking for our guests or for ourselves, but the huge bags of chicory available from the supermarkets perplexed me somewhat.

In England I had never really noticed chicons, although I had read about them. I looked them up in plant and gardening books, but dismissed growing them myself as too much bother (why do all that forcing and boxing up in sand when you could grow as many french beans as you wanted simply by poking a seed in with one finger?). Sorry, always have too many things on the go to 'Phaff on' as my mother would say. That is what my recipe pages are all about, good food - no messing. But here we live in agricultural heartland of France, on the borders of the Limousin, the Dordogne and the Charente so we're keen to learn all about the traditional foods and dishes of these areas.

Then I was presented with a chicory salad made by a French friend which was delicous. Having asked her for the recipe, (easy, chop chicons add vinegrette dressing), I immediately tried it myself, only to find that the salad was bitter. I added honey to dressing - now sweet with bitter undertaste. My son, who's an absolute trooper when it comes to food, didn't like it either, so I gave up on chicons - for a bit.

Chicory, chicons, endive, it's all very confusing, so what exactly are we talking about.

The root of chicory can also be used, famously as a coffee substitute.

All members of this genus are high in vitamin A, vitamin C, vitamin K, and iron. 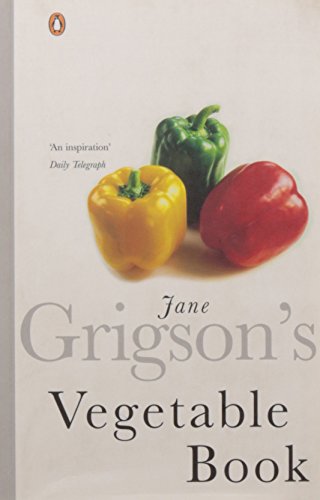 Jane Grigsons Vegetable Book
I was given this vegetable cookbook classic by Jane Grigson way back and it has remained my firm favourite. She describes vegetables, tells a little of their stories and histories, tells you how to choose and prepare them and gives recipes for cooking them. Everything you need to know.
Buy Now

How To Cook Chicory?

This was the question! And how to cook it so that I ended up with a tasty dish.

The chicons were still there though, and still cheap and they looked fresh and gorgeous. I started to ask around for recipes and a couple of friends, Sue and Peta, came up with this delicious dish, chicons wrapped in ham or salmon and baked in cheese sauce.

Interested in food? Food professional? Have you seen this site? Deligogo Contact me for half price membership.

I parboil the chicons in water until just tender as I find they are not always cooked when put into the baking dish raw, however, my friend Sue puts hers in raw and they are fine.

Experiment! When just to say tender, take them out and place tips down in a colander to drain.

Meanwhile make a roux by melting the butter in a pan, then, take the pan off the heat and gradually add the flour, followed by the milk. It is important to add the milk a little at a time, stirring it in thoroughly before adding more. This is to avoid lumps. If lumps do form, don't dispair, squash as many as possible and then press through a sieve. Add salt and pepper to taste, (remembering that the ham, fish and cheese are quite salty already).

Gently bring to the boil and add most of the cheese and continue to simmer slowly until the cheese has melted.

Then put your chicons into an oven proof dish, wrap each one with the ham or smoked salmon then pour over the cheese sauce. Sprinkle with the rest of the cheese and paprika or nutmeg if you like.

Bake in a moderate oven for about 20 minutes or half an hour until it looks nice. Remember all the ingredients are cooked so timing isn't crucial, your cheese should just be nice and melted, perhaps a little toasted, and the flavours should mellow and blend.

I should add here that this dish is even better warmed the next day.

Variations on the chicon theme

Cheese: I use emmental because I can buy big bags ready grated, but many other hard cheeses would also be excellent. Try Cantal, Cheddar, Leicester or parmesan (Parmigiano Reggiano), finely grated. Also this dish would be super with blue cheeses. Try Camembert and the soft French cheeses.

I have ony used ham or salmon to wrap the chicons in but I'm sure it would be lovely with other things, try bacon, parma ham perhaps.

You could also cook it with pieces of fish laid between the chicons instead of wrapped around them.

Vegans and vegetarians, simply substitute olive oil for butter, miss out the salmon and ham or replace with alternatives - vegetarian sausages tucked between the chicons or quorn or tofu.

Be brave and experiment. This is a very easy and forgiving basic dish.

See what vegetable ideasAmazon has to offer

Have you tried chicory?

What do you think of chicory?