Meat pot pie has a long history dating back to the early 1600's and the Roman Empire. It is said that the pastries were sometimes served with live birds underneath. Personally I don't want to believe that.

The custom of meat pies was renewed in the 16th century by the English. It's popularity soon spread the country. During this era Britons ate meat all types of meat pies including lamb, pork and game. A British writer once pointed out how deer meat pies were consumed during those times and could rarely be found in other Kingdoms. Britons were especially fond of birds during the reign of Elizabeth I.

In the 1700's Europeans migrated and some settled in a town called Salem, located in North Carolina. It is also sometimes referred to as "Old Salem." With them, they brought a dish very similar to what is now known as "Pot Pie." It is called Moravian Chicken Pie. Moravian chicken pie s a savory meat pie that is double crusted made with flaky shortcrust pastry and filled with chunky poached chicken meat and a thick broth-based sauce. The difference between this and a "Pot Pie" is there are no vegetables mixed in this dish. This meat pie is traditionally served in slices, topped with hot chicken gravy and more gravy on the side with mashed potatoes as accompaniment.

Do You Need To Make Puff Pastry Dough From Scratch?

The answer in my opinion is simple. If you have never made puff pastry dough before, and want the best pot pie you've ever eaten, then yes, make it from scratch. While it is time consuming and physically testing, it is absolutely worth it in the end. With that said, this is why machinery was invented and in this case, be very thankful for them. Pre-made puff pastry dough is still very good. While there is nothing equal to the human touch, buying them pre-made saves not only money, but time as well. For this recipe don't worry; we will use the store bought pastry.

There are two very important tips for puff pastry.

2. Dust your work surface with flour before starting.

Keeping the dough cool keeps it from sticking together, and also making it easy to cut. When you are ready to start, take out only what you're planning to use use at that moment and place the remainder of dough in the refrigerator.

Dusting your work surface with flour is to prevent the dough from sticking. Dust your rolling pin also.

If the puff pastry dough sheets you purchased are thicker than you desire, it is fine to roll them a little thinner. Be careful not to make the dough thinner than 1/8 an inch. 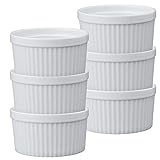