or Ways to flavour your coffee, spice up your afternoon, gossip over a camouflaged coffee drink and keep your cool

I love coffee. I think I started drinking it regularly around the age of 15.

First it was in my grandma house when I was a little kid. My sister and I would sneak in the kitchen and sip the leftovers from my grandmas Turkish pot, still unwashed.

I first met Mrs. Bobo when I moved in this rented one room apartment, in Sibiu, after taking a job as support team member at the city's main theater. She was in her 50s, a retired nurse who won't stop grieving after her 2 miscarriages. But she was also cheerful and joyful and, in a way, adopted me as her own child. I liked her from the beginning.

When we first met she, right away, told me all the gossips that were going around our little apartment building and in the theater community. I remember this very well because she invited me for a coffee in her kitchen. I thought I was in Heaven. There was maybe more then a week since I had my last coffee and I was just craving for one. Well, Mrs. Bobo not only give me one but she spiced it up with a generous amount of cognac and two heaped teaspoons of whipped cream on top. I was having my best coffee ever. (I know that this feeling may very well come from drinking more cognac then coffee.)

We kept drinking coffee. this way, for all the years I lived in Sibiu. We would usually meet late afternoon when I was back from work, or late morning, around lunch time, if in the afternoon shift. The amount of cognac in my cup decreased over time, as I had to stay sober for the night performances. Sometime we would run out of whipped cream and she would replace it by milk. But we never run out of cognac. I do not remember the brands she used but it was a very fine one because when it hit the mouth it had a velvet feel and was smooth and a little oily.

Caffe bahamas, with orangees and chocolate

Here is her recipe

1. Make a regular Turkish coffee as I described in my previous hub The True Turkish Coffee. Cut the amount of coffee grounds slightly so you can feel the liquor and maybe reduce the amount of sugar (if used at all) because the whipped cream is sweet. Pour it in a 8 oz coffee cup or bigger. Only fill 2/3 of the cup.

2. When hot, add cognac to the coffee cup and stir. Add as much as you want but a good balance would be 1 tablespoon for 4 oz of coffee.

3. Immediately add the whipped cream on top. Stir it or let it integrate by itself. A homemade whipped cream would melt like a piece of ice in hot water. That's how I like it.

Back in the 80's, cognac was a fine drink in my country. People regarded cognac as an aristocratic treat and drink it with a certain degree of pride. Besides being a good addition to the coffee, cognac, like some other items, was also used to exhibit a privileged social status.

There are other liquors that can combine well with coffee like Rum, Martini, Brandy, Amaretto, Baily's Irish cream, Vodka and even Tequila. Mexicans have a recipe for tequila coffee that I've never tried it. There's also many other combination you can make like adding cream, milk or chocolate. Then there are coffee syrups, some of them sugar free, that can also be combined with coffee and alcohol.

While all this ingredients can offer an enriched palatal experience, they also change the taste of coffee and its natural composition: liquors add alcohol, sugar ads calories and whipped cream add fat.

Now, I don't drink coffee with cognac anymore. Cognac is expensive and hard to find and everybody in my family drinks beer. But once in a while I do mix my coffee with Baily's Irish Cream and remember the good days with Mrs. Bobo. 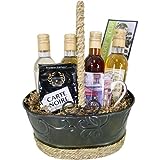