It's appetizing. It's affordable.

We've all had 'em. These delicious, cheap squares of noodles range anywhere from 15 cents to 25 cents per package. Is it any wonder why so many budgeting college students eat this so much? While in college, I would buy huge bricks of 36 noodle squares, and plow through at least three of these a year.

Here are some first-hand tricks I have learned to make these noodles more delicious, and more nutritious: 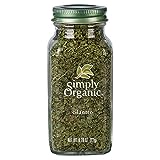 When cooking for dinner, I would usually cook 3-4 squares of ramen noodles. That means 3-4 packets of salty chicken or beef flavored goodness. The funny thing? I could add half of the flavored packets, and it would still taste really salty. Reduce the sodium in ramen by using less of the packets, and more spices instead. Use half the packet, then add some garlic powder, cilantro and parsley. Yumm.

Especially on the chicken flavor, parmesan cheese tastes great overtop the noodles. Try draining some of the water before adding the packet, then sprinkle the cheese on top.

After bringing the ramen noodles to a rolling boil, crack an egg or two over them, and mix it in. The boiling water will cook the egg and create some sort of combination between ramen noodle and egg-drop soup.

4. On Yogurt or Cottage Cheese

Take a meat tenderizer (or hammer, or your fist) to an unopened packet of ramen noodles. After thoroughly crushing the noodles, open the bag and dump the noodles over your yogurt or cottage cheese. Don't add the flavor packet (unless you like beef flavored yogurt). The noodles themselves don't have much flavor, so they create a crunchy interesting-ness to top yogurt.

Instead of spending upwards of five dollars on pad thai noodles, just boil and drain some ramen noodles. Fry up some beef, veggies, pineapples, etc. in some oil; add the flavor packet, and add the already cooked noodles.

Inspired by the "cup noodle" version, which comes with dehydrated peas, corn, and carrots in it. Add these frozen veggies as the noodles are boiling; the boiling water will cook them!