What Is Jicama And How To Use Jicama

Jicama is an unusual looking ingredient but knowing what it can be used for is part of culinary basics.

Jicama is a culinary puzzle to look at since it looks like neither a fruit nor a vegetable but it is a vegetable.

Indeed, it is a root vegetable like a turnip or a parsnip. However, jicama is decidedly quite odd looking as you can tell and is a rather bulbous, odd-shaped very large root vegetable. All the more for you to enjoy!

JICAMA FACTS AND ALL ABOUT JICAMA

What Can You Use Jicama For?

You can use jicama in stir-fry. The nice thing about jicama is that it does not have an overpowering taste.

Jicama does not get soggy.

You can peel it and eat it raw or sprinkle with salt, lime or lemon.

Jicama is also great as part of a salsa melody to go with fish.

You can also chop finely and add to fish tacos along with purple and green cabbage along with some tomatillos.

To prepare jicama when ready to use, simply wash, peel like a potato and slice into whatever size you want.

Jicama is high in carbs on paper but the carbs are all fiber - roughly about 6 grams.

There is zero fat in jicama and it is extremely low in sodium.

One cup of jicama is a cool 45 calories.

You can also make jicama pickles that are fabulous.

There is also a jicama diet that is famous for weight loss!

TIP:  Use jicama anywhere you would use water chestnuts!

In the case of jicama, looks aren't everything! This rather ugly root vegetable is really quite a treasure to add to one's culinary basics arsenal as it is versatile and healthy.

It also has some very unique properties such as never browning and never becoming soggy that make it an ideal candidate for many and various kinds of recipes!

If you have never tried jicama, give it a try as you would be surprised what this delightful little vegetable tastes like. 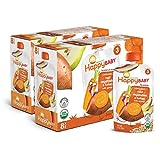