What is the Origin of Pasta (Spaghetti)?

Pasta originated “way back when” in Italy, right? I mean, that’s what everyone thinks.

But wait a minute. There appears to be some discrepancies!

Some believe there is documentation that the Chinese have been making pasta since 3000 B.C.

Around the 12th century, southern Italy was populated with Arabs (Saracens) who are believed to have developed the first pasta using grain and shaping it into a thin, long shape that could be dried out and stored for later use.

Many believe the 13th century story when Marco Polo returned from China, that he brought spaghetti noodles back to Italy. But others maintain that Polo’s manuscript was an inaccurate Latin translation. And numerous people agree that pasta had existed in Europe for many centuries prior.

In the late 1780’s, after serving as the Ambassador to France, Thomas Jefferson is credited for enjoying pasta so much that he requested a pasta-making machine be ordered and sent back to the U.S. I don’t think anyone disputes the fact that the U.S. did not invent pasta.

Yet, as you can see, there are some discrepancies. But I believe we all can agree that today, pasta is typically associated with Italy as an Italian cuisine. I’m sure we can also agree that pasta is an extremely versatile household staple.

The following recipe for Cheesy Baked Spaghetti Casserole is a fun dish that any pasta lover will enjoy. 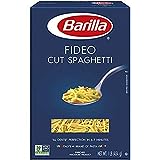 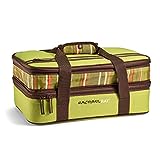 This delicious recipe will be layered similar to lasagna. It tastes like lasagna too, just a fun, unique texture.

The simple layers will be as follows:

Feel free to split everything in half and double the layers if you wish.

Below, you will find photos with instructions to guide you through the recipe.

Spread Ricotta cheese as evenly as possible over pasta.

Remove from oven and top with Mozzarella Cheese; bake for another 10 minutes.

Remove from oven; cool about 10 minutes, then cut and enjoy!

What About Making Your Own Homemade Pasta? 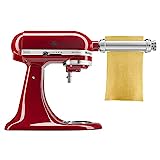 Please rate this recipe; 5 stars being the best!

As I always say with my recipes, "be creative."

I tend to have a difficult time following recipes to the "T." For some reason, I feel like I have to alter a recipe in some way; I believe it's the creative side of me. Therefore, I like for others to be able to make changes using their own creativity as well. Enjoy!