Belarus is White Russia in literal translation and Minsk is its capital city. Of all the former Soviet Socialist Republics, the CIA reports that Belarus is most closely associated with Russia today, in economic ties at least. Belarus is located just southwest of the larger country and its history includes participation in a four-nation commonwealth before its time as BSSR. Today's politics have caused some consternation regarding the nation's name, some citizens wishing to distance themselves from Russia.

The name farther back is White Rus (long u sound), referring to Slavs and their portion of Eastern Europe that congealed around the old Kiev Rus state. Ukraine was called White Russia in the 1960s as well, having been part of the commonwealth mentioned. Black Rus also has existed and of course, all of these names gave rise to alcoholic drinks called Black Russian and White Russian. Why they contain the Mexican liquor Kahlua is unknown to me.

Belarus, Lithuania, Poland, and Ukraine were once joined into a single political entity known as the Polish-Lithuanian Commonwealth before Ukraine and Belarus became part of the USSR. These four nations shared food dishes, cultures, and additional aspects of life intramurally with other nations. Russian and Belarussian are the official languages of Belarus today, with Russian the more widely spoken.

The country has survived periods of poverty, but the landscape is remarkable in its beauty and variety. As seen in the included photographs of local waterways, the colors of lake and sky are such as to appear unreal in their beauty.

The vertical band to the left of the National Flag represents the traditional embroidery of National Ornamentation, it's cultural arts portrayed in fabrics and clothing especially:

A video presentation below illustrates the scenic qualities of the landscapes and the flavor of the people of Belarus, set against a background of native music.

Minsk Is the Capital Of Belarus 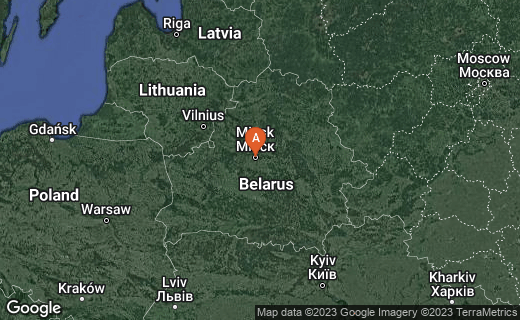 Note the wealth of forests in the nation.

Belrus and song "There, Over the Hill" by Stary Olsa. 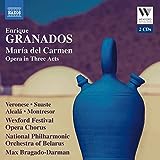 In 2015, this musical group celebrated its 16thanniversary together. Its name Old Olsa comes from a brook in the West Mahiloũ Region of Belarus. The band performs traditional folk ballads, military inspired songs, Belarusan Renaissance pieces, canticles of the 16th - 17th centuries, and other period pieces.

5 stars from 1 rating of Potato Zrazy

My mother made potato cakes with left over homemade mashed potatoes and these potato zrazy and deruny remind me a little of those.

In Belarus and surrounding areas of Central Eastern Europe, the original zrazy is a meat dish made from rolls of sliced beef, stuffed with any of several items. These are rolled or twisted up and tied with thin string, fried in oil, and placed into a casserole to be simmered in broth, celery, and spices. These steps give the dish a variety of layered flavors. This meat zrazy is similar to the German roulade and Germany lies just to the southwest of the four former commonwealth nations.

“Ukrainian” Easter Eggs are also found in all of these nations in their own recognizable designs, as well as others surrounding the former commonwealth, like Romania and Hungary.

Some ideas migrate with people and others emerge simultaneously in different areas; it is hard to judge which in the case of decrated eggs, although some disciplines of science opt for migration as the answer.

This is a Garlic Mayonnaise without eggs

This is another sort of potato cake, one that my Ukrainian uncles-in-law and Russian teachers enjoyed when I was a child.

The first time I attempted to make these, they fell apart, because I forgot the flour. My mother learned to make these in southern Ohio during the Great Depression, but without the egg. Basic dishes in distant countries are often similar.