The History of Fudge

Do you ever wonder where certain foods come from or how they came into being? I do. I mean, really, who was the very first person to sit down one day and say, "You know, I think I'm going to have me some waffles and fried chicken."

I can promise you that would never have crossed my mind and so far has never crossed my lips.

By nature, I'm not a chocolate addict and sweets are not a big weakness for me. Caramel is more my game. Don't get me wrong, I can enjoy a good dessert, but a good crunchy savory snack? OMG.

I confess to enjoying a good fudge - good is the optimal word here. I like it just right which mean not too rich or grainy.

And, I've wondered so many times over the years just were did fudge "come from" and what's the story of it's discovery. Who said, "I'm going to goop a bunch of stuff together and call it fudge?"

Fudge is an all-American food. Yep, just like hot dogs, apple pie and the fortune cookie (yes, fortune cookies were invented here in the good old USA). Food historians like to give fudge a birthday of Feb. 14, 1886. I don't know why that particular date was picked unless it just sounded romantic given it's Valentine's Day.

Now according to The Nibble.com, fudge is a drier version of fondant. Typically you boil sugar in milk and then beat in until it cools to arrive at a creamy texture. It's all about chemistry and sugar crystals.

The lore goes that fudge developed when a batch of caramels was bungled and someone uttered in exasperation, "Oh, fudge!"

I'm glad it was 1886, because if it was today, no telling what it would be called. "Oh, snap!"? That would be mild given today's vernacular. I just can't see myself going to the candy counter and saying, "I'd like to order a pound of snap, please." You get my train of thought here...

I can only imagine what Vassar grads today would think of women using their college education to sell fudge.

We typically think of fudge as chocolate, but there are other flavors. There is peanut butter fudge, maple fudge, fruit fudge and Penuche which is OMGosh good and is made with brown sugar and no chocolate. I had this in New York and might have considered living permanently there because of Penuche.

Caramel Fudge - One of the Many Types of Fudge

Fudge can be a complicate process if done traditionally to produce the desired results. It can be time consuming and requires beating the mixture with a mixer.

I'll let a video from Fine Cooking demonstrate what's considered to be a tried and true technique for making fudge.

I have to add here, Fine Cooking is one of the classiest cooking magazines around.

How to Make Fudge at Home by Fine Cooking

The Mercedes of Cooking Magazines

An Adaption for Necessity and Health

A couple of years ago we had a health scare when we thought Tall & Handsome might be diabetic. His blood sugar was high, but as it turned out it had been a comedy in errors that resulted in an erroneous lab result.

He was in denial and I was in cautious mode. End result, we were both right. He wasn't diabetic and it never hurts to adapt recipes and make them healthier.

For years I have made Fantasy Fudge. I don't make it every year, but when I do one difference in mine - I use milk chocolate. The recipe was handed down to me from my momma who had made it when we were young.

I always remembered it as as smooth, creamy fudge that was fairly simple to make.

Well, a couple of years ago during that diabetic scare, T & H just happened to be in the mood for fudge so we compromised and I agreed to make it by making some adjustments to the recipe - and it turned out great. I believe one thing that helps the reductions in the recipe is the use of milk chocolate instead of dark or bitter chocolate and an increase in vanilla flavoring.

I will definitely use this recipe again - and again.

1. Line a 9 inch x 9 inch pan with wax paper and allow the paper to overhang the sides. Spay the paper lightly with cooking spray.

2. Bring the sugar, milk and butter to a rolling boil in a saucepan over medium heat. Stir constantly. Continue to boil for another 4 minutes.

4. Pour into the prepared pan and cool. (I place mine in the fridge for a little while.)

Dress Up Your Holiday Candy 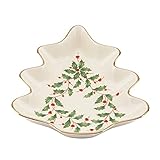 Comparison of Recipe Before and After

Even though calories and fat are reduced by cutting sugar and fat, flavor is enhanced by using milk chocolate instead of semi-sweet chocolate and increasing vanilla flavoring. You might also consider using skimmed evaporated milk.

Plenty of time to add this to you holiday table.

As you can see, I reduced the sugar and butter in the recipe by half, therefore reducing fat and calories. Granted it's not calorie or fat-free, but we'll take any reduction we can over the holidays.

And, with the added bonus of being an easy recipe that produces a smooth, creamy fudge who can resist setting this out for family and friends?

There's plenty of time to stock up on supplies and have it made just in time - and enjoy it at that holiday dinner or party.