How to find Bill's 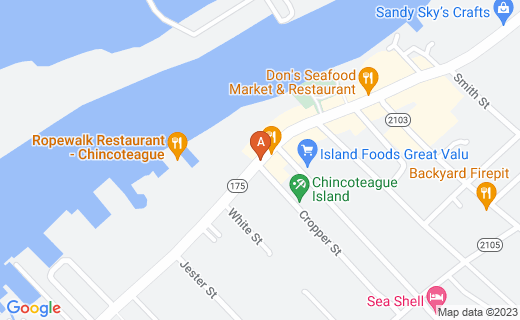 My first taste of Chincoteaque

My visit to Bill's Seafood restaurant in Chincoteaque, Virginia was literally my first taste of Chincoteaque. It was on a Sunday night in late September. I wanted to experience Chincoteaque but not during the crowded tourism season, which I thought was Summer. With several restaurants open, even at this time of year, I had several choices. Since this was my first time in the area and since I knew nothing about the local restaurants, I took the advice of the person behind the desk at the Best Western where I was staying. Bill's was one of 4 places they recommended.

Often, how crowded a restaurant is would be a good indication of the overall quality of the place. At 7PM on a cool, cloudy Sunday after the peak of the season had passed, I expected to find a desolate place. That was not the case here. After I found the place and parked about half a block away because their own lot was full, I walked inside and was immediately greeted by a host. I was by myself and was told the wait would be about 45 minutes. When I told him I would come back in a few minutes, he offered to take my name and said he might have something available in about 30 minutes. Since the other restaurants in the area would probably have similar wait times and since I did not know the area very well, I gave him my name and walked around Main Street and the waterfront area while I was waiting for the time to pass. (That area WAS rather deserted.) After walking around, I came back and only waited a few more minutes to be seated.

While waiting to be seated at Bill's

Once the initial wait was over, service was prompt and pleasant for the rest of my meal. On my table was a plate with 2 packets of Club crackers, 1 packet of wheat crackers and a container of cheese spread. I was promptly given some water and ordered a steakhouse martini. A few minutes later the waitress came back and apologized for being out of blue cheese stuffed olives and offered to substitute a regular martini instead. That was acceptable to me. At least they apologized and had a substitute in mind.

The waitress told me what the specials were and described them in detail, then gave me a few minutes to decide what I wanted. It was pleasant sipping my martini while deciding what to order. Meanwhile, I could here some jazz music playing in the background over the conversation of the other people in the restaurant.

I usually don't order an appetizer, but I was hungry and was anxious to try the special stuffed mushrooms with crabmeat and topped with cheddar cheese. I also knew that I wanted local seafood, since I was between the Atlantic Ocean and the Chesapeake Bay, so I ordered the Crab Imperial which came with a salad, rice and bread. With the salad, I was able to get blue cheese dressing. This was served in a plastic souffle cup and the quality did not seem to match the rest of the food there. That is really the only negative thing I can say about my whole experience at Bill's

The stuffed mushrooms were everything I had hoped they would be. It was served piping hot and the sweet taste of the crabmeat was compliment by the tangy taste of cheddar cheese. The Crab Imperial was just as outstanding with the crabmeat being enhanced my the rich, creamy hollandaise sauce.

If I order an appetizer I usually don't order dessert, but this time I did. I was not hungry when I finished my meal, but when I saw lemon sorbet on the menu, I could not pass it up. I'm glad I ordered it, because the presentation was as good as the dessert itself. It was served on a rectangular plate, with one scoop of sorbet on the left, a scoop of whipped cream in the middle and another scoop of sorbet on the right. So, with each bite, I would take half a spoon of sorbet, half a spoon of cream and combine them. What an experience.

Quality worth the price

My overall experience at Bill's was about 4.5 forks out of 5. Quality, service and prentation were excellent, with the exception of the salad, dressing, and the packets of crackers. It was crowded and a little noisy but the atmosphere was still pleasant and the staff was cheerful and kept things moving smoothly.

Prices were a little on the high side I felt, but the quality is in line with the price, so I wouldn't be afraid to splurge once in a while. Dinner for 2, I would allow $100 plus tip. Again, I feel it was worth the price and I hope to dine there again the next time I am in Chincoteaque.

If you've eaten there, how do you like it? 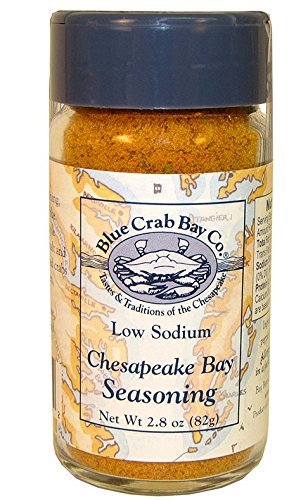