I don't normally like chocolate, and would never have considered myself a chocoholic, but with all of the hormones that go along with trying to make a baby, I've been craving chocolate cake for like a week really bad.

As far as all of my friends go (and this includes my husband), just the idea that I would even have been considering making chocolate cake brought everyone over to my house last night for some.

And if I was going to do it, I figured that I might as well do it right. Chocolate chips, chocolate pudding, and sour cream . . . a dream come true for decadent chocolate cake lovers!

You can see that I made cupcakes instead of a cake. Of course, you could easily pour your batter into two round 9 inch cake pans and layer them with my Easy Homemade Chocolate Buttercream in between each layer and smeared over the top, garnished with fresh strawberries or raspberries of course.

But you end up getting much fewer servings from a large cake like that, and also end up having to each much larger amounts each time. (I know, Darn!)

Cupcakes were simply an easier way to serve a larger amount of people, and even easier to only eat one cupcake at a time for me. lol

This makes for an amazing chocolate cake with "extreme" being almost an understatement. This cake turns out fluffy, gooey with melted chocolate chips inside, and a moist pudding mix and sour cream filling.

Let's jump into this recipe and you can have one of your own!!

I made my chocolate cake into cupcakes.

I felt like if I had made a cake, it would have been harder to store in the refrigerator, and I would have felt pressure to eat it slice by slice over the next few days.

As cupcakes, my husband and I can eat them one at a time, one small portion at a time, without the need to have to put icing on each one. lol

Just know that with my first batch, I sprayed the cupcake liners with cooking spray and they ended up incorporating into the wet cake batter and were impossible to remove.

I also began with only one cup of flour due to the extra dry ingredients in the recipe, but the cupcakes caved in while cooking.They were hard on top and mushy inside. It was obvious that they needed more flour.

By simply adding in the extra portion of flour to the next batch, they all came out perfectly, as you can see in the pictures.

I also overfilled my cupcake liners the first time, and not only did they overflow their cups, but the edges burned. The next batch, I only filled the cups halfway (which I knew to do the first time and figured it would be okay), and they came out just perfect.

I haven't made a cake in a while, and so I had to work out the kinks. lol I now remember why I don't spray the cupcake liners (even though you would think it makes sense) and why I only fill the cups halfway.

I'll remember next time. I hope this helped you!! This cake was amazing! 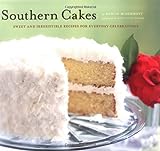 What is your favorite kind of dessert?