Where to buy Fair Trade Coffee

A statistic from 2002 counted as many as 7,000 retail location in the United States that were selling fair trade coffee. At that time, the concept of fair trade coffee wasn't a novelty anymore, lots of people being aware of its benefits.

By now, there are more then 500 companies that sell Fair Trade Certified products at over 35,000 retail locations. In addition, lots of other opportunities have been opened up with the boom of online market.

Today, consumers can find Fair Trade Certified coffee at coffee houses or coffee shops, grocery stores, restaurants and local roasters.
Local roasters and coffee shops usually sell a good quality of coffee, often not only fair trade but organic fair trade also. The bigger chains of grocery stores carries mostly products from the big coffee roaster which is less likely to be customized for gourmet tests. It is also cheaper then the small speciality coffee retailers.

Online retailer are also a good option, specially because you can find information about the origin of coffee, the way it is grown or if the roaster is involved in the production at any time.

The Transfair US, a nonprofit organization and only third-party certifier for US, has an extended list of places and companies that sell Fair Trade Certified Coffee and other products.

The best option is a local store or roaster. Not only we help the local economy but the beans are almost all the time fresh roasted.

What to look for when you buy Fair Trade Coffee

How do you know when a bag of coffee is certified fair trade? Lately, some of the biggest players on the coffee industry have come up with some tricky ways of labeling their coffee that may attract customers but are not fair trade certified. Some other labels could state fair trade but are not certified. Being certified means that a third party is making sure that the coffee meets certain criteria.

If you get your supplies from grocery stores or coffee shops, the best way to find out which one is fair trade certified is lo look for a little mark on the package. There are two logos: one applies to US and Canada and the other one, to the rest of the world.

look for this mark for US and Canada

or this mark for the rest of the world

The Fair Trade Labeling Organization International (FLO), responsable for world wide certification, excluding US and Canada,  has a list of of fair Trade Labeling Initiatives by country, similar with Transfair US where local retailers can be found.

For online shopper the same marks should  appear on the package. Besides the logo, a company with deep implication in the farmers' life or the growers' community will have plenty of information about where the coffee comes from, how the company helped the farmers developed their business, they will also post pictures from farms or plantation. Also, these online retailers would have their own coffee blend and coffees from fewer origins. 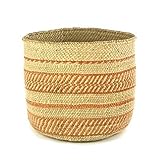 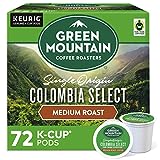 How much Fair Trade coffee costs

One thing that is different is that the fair trade coffee is usually bought directly from cooperatives of small growers while the non fair trade is bought from big plantations with the addition of an exporter and a broker.

Buy the time is on our table, the pond of conventional coffee had paid more then ten people and companies, the lower income being made by the plantation worker.

By comparison, one pound of fair trade coffee had paid only six, with the worker being given a fair wage.

At Starbucks or Caribou Coffee the difference between the conventional and fair trade per cup is measured in pennies. But some other retailers or roaster, with a true commitment to fair trade like Green Mountain Roaster of Vermont or Just Coffee of Madison, Wisconsin may have to slightly rise the price to be able to keep their pledge. Overall, consumers may pay $1 to $3 more per pound of fair trade coffee then non fair one.

One may say "who cares what happens at the other end of the world as far as I'm getting my morning cup on the budget" and that's OK as far as no child had been awaken at 6 am to pick the red berries till night.

But such thing doesn't happens. Kids are still picking coffee from plantation, the farmers still have to climb the mountains on foot wit heavy sacks over the shoulder and still have to live in a deep poverty.

Buy fair trade coffee because there are 25 millions of small coffee farmers that won't make a living out of their lot without the fair trade projects. Because the money goes also to programs like scholarships and trainings. Buy it because to grow such coffee one doesn't need to cut the forests or poison the grounds and rivers with harmful chemicals.
Buy fair trade because the critics are loud enough to cover the cry for help.

Buy it because a cup of fair trade coffee is, simply, better.

And buy fair trade because there is an option and a consequence. Because that's the way to go.