When Mother Fed Ten Children on a Budget

Coming from a family of ten children (eight hungry boys and two girls), I was raised on fresh veggies in the summer, the same canned in the winter. Mom supplemented her garden with bushels of peaches, pears and apples also making jelly from berries and grapes, some picked right in our back yard. Dad’s family owned a farm, thus all of our beef, poultry and eggs were farm raised and our freezer was full. Hunting season filled in many gaps with venison and other game.

Feeding a large family was certainly challenging, but my parents did so with innovation, creativity and a lot of hard work. Gardening, harvesting and processing the food for the freezer or canning shelves was often a family event. Many nights during harvest, the family snapped beans in front of a favorite TV show. Mom's days were long, often setting the alarm to rise and turn off a canner full of quart jars while the rest of us slept, she'd lay in bed counting the pops of the canning lids to make sure they all sealed.

My mother learned to supplement all her stores with other recipes that were either passed down or created. Most of our sweets were homemade. Cakes, cookies and pies were all made from scratch and there were some recipes that were exclusive to our family. It would be years later when we would discover that these old family favorites were Mom’s inexpensive way of filling many tummies on a budget. So in between the chickens, the roasts and the other meals Mom prepared, some unusual dishes became family perferences even after we grew up and away from our very full dinner table.

1. Macaroni and Tomatoes: My mother canned her own tomato juice and thus this interesting and soupy creation was basically a tomato-base, macaroni soup. She would cook macaroni, and then add tomato juice until it was covered. She would season with salt and pepper, a tiny bit of sugar and a dab of butter. She always served it with corn bread. On occasion, she would add ground beef and call it "goulash". We loved this meal and would ask for it even as adults. My children call it “jail food” and on a single income, I still eat it today.

2. Tuna and Rice: For this meal, Mom would cook a white sauce with a recipe she knew from memory. (Below, I’ve included Betty Crocker’s recipe for those of us who are not that white sauce savvy.) She would add a can or two of drained tuna fish to the white sauce and serve it over rice. This was another meal we loved, although I don’t think the affection carried on to many outside the family, we considered it a Friday Lenten treat.

3. Texas Tommie’s: Apart from the other recipes above, I feel very little affection to “T. Tommie’s”, because I got sick once after eating one, but my brother remembers them fondly. Mom would cook a bunch of hot dogs and put them in a bun. She would toothpick a slice of bacon and a strip of American cheese on top of dogs and bake them in the oven. No affection here, but I’m betting my brothers would still eat cookie sheet after cookie sheet if someone constructed a batch or two.

Any given Saturday night in, my mother might whip up a variety of easy, inexpensive snacks to treat what she affectionately called “her tribe”. Mom was creative. She often used ingredients she had in her cupboard to concoct snacks.

Here are some of the items I remember her making that we all developed a fondness for over the years not realizing that they were made at little cost.

1.Graham Crackers and Icing: This was simply what it says it is – Mom would mix up a batch of homemade chocolate frosting and spread it on graham crackers stacking the tasty sandwiches on a plate. These are reminiscent of s’mores, but a cheaper, easier version. Since Mom was a Betty Crocker cook, I’ve included the recipe for chocolate frosting below. Mom knew these recipes off by heart, often improvising with other ingredients like peanut butter or coffee.

2. Oatmeal Fudge: This may not sound familiar to you, but this recipe later became known as “No Bake Cookies”. Mom was making this treat way before my fellow baseketball players in grade school showed up with them on the bus calling them "No Bake Cookies". I remember saying, “That’s oatmeal fudge”. Here’s an interesting article that calls them Preacher Cookies - something you can whip up when you see the preacher coming down the driveway. I still have my stained recipe card in manual typewriter font. It’s identical to what you’ll find at this link:

3. Ice Cream with homemade Hot Fudge Sauce. When ice cream was on sale, I remember mom bringing home an entire gallon carton of vanilla and cooking up her famous homemade hot fudge sauce. I still do this for my family and it’s fun to include sprinkles, whip cream and other treats to make our own sundae bar. But in our day, it was the ice cream and the sauce. Mom’s recipe can be found in detail at this link:

So though the days of gathering the “tribe” around a big, custom made table are long over, the recipes and the memories live on in the aroma, taste and hearts of all who ate a Mom’s recipes. Recipes created on a dime with a little bit of creativity and a lot of love. 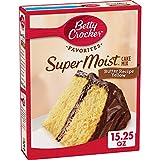