Five yummy tummy recipes at their death's door ! Why not revamp them !!

The Rich Cook Book of Bengal

Little did we know with the dying recipes if not the 'legacy' but part of a culture hub undoubtedly goes to the drains.Today my space speaks of the dying recipes belonging to this fertile slice of land called Bengal.Bengal is pinned on the globe as a geographical and ethno-linguistic region in South Asia.Apart from my preface,the Oscar won Filmmaker Satyajit Ray was the pioneer to make this land famous globally what say !! Growing as a true blue Bengali the fetish for fish,having 'a thing' for mustard based sauce,how much more you hog,by discarding the rice element from your stomach makes you hungry forever,fad for sweets as Bengalis forget to eat their rice once the eyes gets caught by the sight of 'Rosogolla' and the fixation of chicken being considered as poor man's meat thereby Mutton is Bengali's only meat feasted upon.In the 21st century when the whole world craves for world cuisines,vegan food,organic recipes a large portion of Bengalis residing outside their homeland or even on their own soil have stopped flipping through iconic Bengali recipes thus making a dead by choice cook book.Well this blog is not about the shortcomings of Bengali cuisines as it may say, yet tugging five modify versions of the much-loved killer recipes of Bengal.

Fish is on a wrapped up spa !!

Fish Paturi means fish marinated with spices wrapped in banana leaves, traditionally roasted or smoked in charcoal fire, how exotic !! The original recipe originated from Dhaka, the sister-concern of Bengal.Later it has become a signature dish of Bengali cuisine.The use of banana leaf is prevalent in Asian cooking mostly in Thai cuisine where chicken meals are wrapped in banana leaves,even the Caribbean's do so.More so the Parsi community's similar dish called Patra-ni-machhi has a banana leaf bias.

The Twist - Steamed or Baked / Aluminium foil instead of Banana leaf

The technique of getting the fish smoked on charcoal is no doubt fulfilling as the flavour of smoky charcoal enters into the fish.But it seems time-taking and laborious to set up a charcoal fire in our urban kitchen.Instead we can eat it steamed or baked using our double-boiler/ Oven .Situations where people living in USA,UK or any other location where banana leaf is not available in the market, it can be replaced with aluminium foil .Believe me I have tried with the above approach and it turned out really well !! The slant will not degrade the flavour, I can vouch for that.A fresh catch submerged in a mustard paste adding a dash of mustard oil,making it sit for steaming or baking itself will take out the sweetness of the fish balancing with the pungency of mustard sauce leaving an after taste.Just the sniff of a smoky banana leaf is emitted.This much change will not hamper the essence of the dish.The only way to make sense out of change is to plunge into it.

Practically Any White Fish Will Pass !!

In the whole 365 days, humans all over the world consume 1.5 ton millions crabs.Studies have found there are almost 5000 species of crabs,eaten by different cultures in all varied ways.Today I am taking about a species which grows in the grasslands of Bengal.They are small in size, unlike the king red crabs,yet similar to light-blue soldier crabs found in Singaporean and even Australian cuisines.Crabs in Bengali are called 'Kakra', the particular species I am taking is called 'Telo Kakra' extreamly tasty and juicy.I dont think there is any English name to it.Our sister concern 'Dhaka' makes a delicacy with this soft shell crab that can be eaten whole including the shell.For those who lack Indian history 'Dhaka' was a part of Bengal before the 'Partion of Bengal' in 1905.I found its distant relative on the west coast of the US (and my favorite) is the Dungeness crab. Named after the town in Washington state where it was first commercially harvested, this medium sized, salt water crab averages about 7 inches in width.Coming back to the recipe the supreme ingredient is Mustard and Nigella seeds.So todays recipe gets the name from the original influence doors of 'Dhaka' nonetheless you can use any variety of crabs available at your nearest farmers market.

No need for crab mallets !!

Some interesting facts about Crabs

Veggies are yum too !!

A Medley of Veggies : Shukto

Shukto as the name says is a Bengali version of mixed vegetables cooked in milk and spiced in the flavour of wild celery seeds.The bitter gourd or karela is the key vegetable standing out in the dish.If your deter the bitterness of taste in a dish you can simply remove it.But we cook the gourd in such a way that the bitterness runs aways.This bitter vegetable originated on the Indian subcontinent which was introduced to China in the 14th century.So those residing outside the tropical belts will not get access to this veggie.Believe me there are other delicious ones that add to this recipes's glory like Sweet potatoes,egg plants,white radish and many more.After trying this dish the hard core non-vegetarians may come down to this conclusion 'Veggies can be yum too !!'

'Kabiraji' are the fish fillets coated in beaten egg and breadcrumbs are deep-fried making it an exotic snackydelicacy.I feel this dish can compete with the legendary Fish and chips of the Brits.Probably this mouth-watering appetizer has suffered with its ratings for the rise of the calorie conscious crowd, the idea of deep frying the fillets till they brown both its sides had taken away its yester-years popularity.Never-mind I have come up to your rescue bringing a slight change in the technique: Instead of deep frying we will do pan frying and then we can put in into the oven.The rest is taken care by its perfect blend of flavours.It can be served in parties with mixed green salads and chips.Oh yes how can I forget Fish Kabiraji can be dipped in your homemade tartar sauce.

Note: Substitute the fish with boneless pieces of chicken breasts, beaten flat for Chicken Kabiraji, same goes for Prawn and Mutton as well.

Cast your vote for Fish Kabiraji

The Indian Dolce 'Patisapta' as it is called are thin crepes made with refined flour,rice flour and semolina.Stuffed with tasty coconut and jaggery filling.The desert is a seasonal one carries a lovely history.It is cooked during a harvest festival day in India.Traditionally it is one of the day in which fresh rice is harvested in the villages and the ladies would prepare this delicacy made with rice.Another time it is prepared during the winters when fresh date palm jaggery is extracted by the village folks.Jaggery made of palm date is the most delicious yet has a lingering subtle flavour.I am not making any hyperbolic statement here you have to try it out to believe.Assuming Bengalis relocating to other destination for a better living completely fail to recall this special time of the year.The let-slip moments have resulted in the dying interest to prepare this Bengali version of crepes or Frankie as you may love to name it.!

or if you want to avoid Coconut filling at all you can include:

If you wanna know more just Google in !! 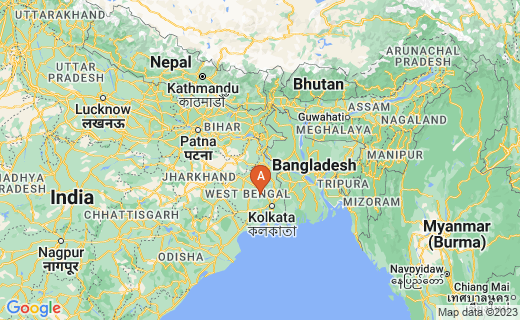