Are you having a bunch of physicists over for dinner? And are you looking for the perfect scientifically-minded dessert to serve them? Something that will have them chatting excitedly about molecules and heat and cold and - well, you know, that sort of thing (Can you tell I'm not a physicist myself? Thought so).

Well, why not whip up a pile of Frozen Florida? What in the world is that, you say. It is the polar opposite (so to speak) of that edible magic trick known as the Baked Alaska.

Now, Baked Alaska, as you probably know, is a dessert that's basically the gourmet equivalent of a Carvel ice cream cake, topped with meringue and then stuck in the oven to brown the meringue - pretty much two desserts in one, hot and cold. It's been around since the 1870s when it was created by a chef at Delmonico's restaurant in New York City to celebrate Alaska's being bought from Russia by the United States.

But have you ever had the opposite of Baked Alaska? It's called a Frozen Florida and it was created in 1969 by a physicist named Nicholas Kurti to celebrate - no, not Florida - that new-fangled thing called the microwave oven. The hot stuff is in the middle, surrounded by frozen meringue. Now, there are two variations of this recipe - you know, in case you want to try this in your microwave. In the first, fill a meringue shell with liqueur, stick it in the freezer, freeze until solid, then rush it into the microwave.

The second Frozen Florida is fancier. You take the meringue shell and stuff it full of a jam, sugar and brandy concoction, slap on a lid of meringue and slather the whole thing with chocolate. Then carry on and freeze it until it's rock hard, and then microwave it - but only for 10 to 15 seconds. Don't try cooking it for any longer - not unless you want Unfrozen Florida all over the inside of your oven. 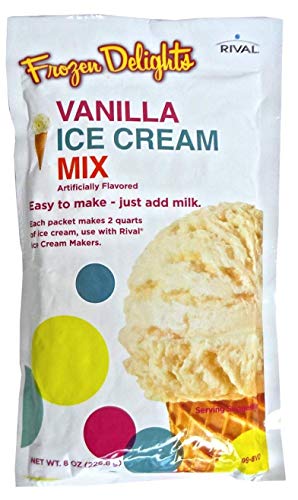