Gayuma is a Filipino term for love potion. The place, aptly named Gayuma ni Maria or Mary's Love Potion in English, boasts of romantic interiors with one corner of the store filled with naughty [READ: kinky] stuff for sale. Said naughty stuff include various sex toys, sweet potatoes shaped like p*nises, handcuffs, sex books, naughty door signs, and the like.

The walls of this small and cozy restaurant are covered with chants, spells, and love quotes. Recipes for love potions can also be found plastered on the walls. Unique decorative pieces, such as a dried-up tree with Christmas lights, can also be found inside the restaurant.

The booths for tables are also draped to give GNM's customers the privacy that they might desire. That's restaurant's goal after all, to get its customers in the mood for some loving.

Aside from the sex toys and books that are for sale, this romantic resto also lets its customers make use of their board games and books all for free. YES! For free! Even I couldn't believe that there is still hope in the world after all. At a time like this, things always come at a price -- but not GNM's games.

i admit, I did not get to try much of what the GNM had to offer because I was only able to sample an appetizer (nachos), the main course (sinigang), and dessert (twisted pavlova). However, despite the limited items on the menu that I got to try, I noticed that the food was prepared, well, with love. LOL. Seriously though, the food was great. The tuliro/nachos was quite a big serving so we shared it amongst ourselves (there were three of us).

One thing that I would never forget about GNM was the way they named their food. Like I mentioned earlier, I got the Tuliro, 69 and the Twisted Pavlova. The tuliro was a yummy nacho appetizer. The 69 was the chef's special. It was so special that only the chef knew what it will be and to order it, you'd have to tell the waiter that you'd, "Like to do a 69." The 69er we got was a rice meal. It was okay-ish but the anticipation was a bit deadly. I kept worrying about what I'd do if ever they served me with something I didn't like to eat, say, okra for example. EW, right? Good thing we got something we all approved of so it was more than enough. The 69 is best for people who'd like to screw routine for a change but have a hard time ordering things other than their favorites.

For dessert, I had the twisted pavlova. It was some sort of a chiffon cake or something with fruits all over. But a few bites into it and I felt queasy. I think it had a bit of alcohol/liquor in it. Or maybe it was all the enzymes from the fruits reacting with each other. Whatever. It wasn't that great but it wasn't bad either so I guess it's fine.

The Gayuma ni Maria is an exciting place to go to. It's very unique and one of a kind. It's romantic. It's crazy. It's wild. It's an escape for those who want to escape and a refuge for those who seek it. I can't recommend it for the food because I didn't get to try much but the whole experience (food, ordering, the ambiance of the place, the games, the sex toys) is worth the trip. So in the end, I'm not really recommending the food, I'm recommending the experience. 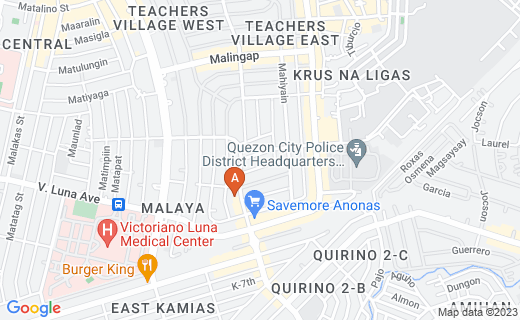 What do you think about Gayuma ni Maria? Does it seem like a place you'd want to try, either for the food or for the experience? Let me know.

If you'll eat at Gayuma ni Maria, will you try the 69?