Pizza... one of my favorite foods. After I had been gluten free for a while, my mom discovered that she was also gluten intolerant, so we really had to find a new pizza crust recipe. We finally found one that was our favorite.

In this recipe, it calls for powdered milk. You may omit it if you like. We found it works almost as well without it, but we still use it.

There is an odd ingredient in this recipe that you may think doesn't belong in a pizza crust recipe: unflavored gelatin. I have tried making the crust without the gelatin, but it doesn't really work. I hope you like the recipe! 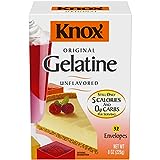