Great Restaurants and The Arts In Detroit

Reclaiming the City of Detroit

At least 700,000 people still live in Detroit, including singer Aretha Franklin, Chef Craig Liekfelt, and actor/author/producer Sean H. Robertson. Robertson went from small parts and a role on Detroit 187, to producing TV episodes of Great Lake State on MyTV20. A single father, he hires local talent and makes progress in the city for others as well as himself.

Blocks upon desolate blocks of banned houses populated parts of the East Side of Detroit, but the human spirit shines energy on them, despite city services cuts. Some abandoned buildings are being reclaimed as art projects and one art gallery boasts a pop up restaurant that offers a fine dining menu served among its particle board walls.

A group of volunteers called the The Detroit Mowing Gang improves the local neighborhoods by using personal riding mowers to maintain the parks in the city. Local artists paint murals around town and even on abandoned industrial buildings.

One of these is the old Packard Plant that closed for business in the 1950s. Colored lights shine on the skeleton structure at night as an attraction for visitors and residents. Anthony Bourdain of the Travel Channel and CNN states that the former luxury car plant is a historic ruins, much like Roman structures and Machu Picchu.

A frozen house is the project of architect Matthew Radune and photography Gregory Holm. Begun as an art project that illustrates the frozen, stalled nature of many parts of the city, it became a tourist attraction known internationally. 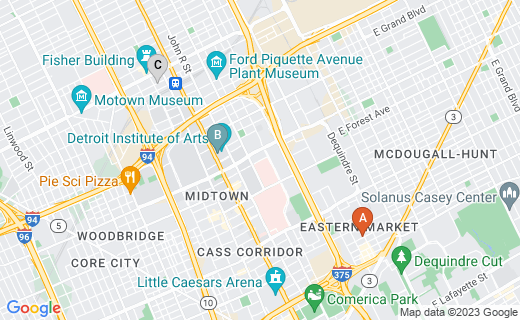 Pop Up Restaurant and Art

Chef Craig Lieckfelt is a native Detroiter who worked in the New York culinary culture and returned to Detroit to create a pop up restaurant called Guns + Butter. One of his pop up events was featured on an Anthony Bourdain telecast on CNN and was intriguing.

The pop up has operated in a warehouse art space called Pony Ride in Downtown Detroit. In the back room, fine dining was enjoyed by a number of Detroit residents who were impressed with the menu and food quality, as was Bourdain in his telecast of Parts Unknown. Many of the ingredients for the menu are purchases at the nearby Eastern Market, east of I-75.

The blog Trendland praises Guns + Butter and mentions that the chef has taken his pop up to India as well as to other cities in America. Lieckfelt has promised to stay in Detroit with a permanent location, however, and continues up up events at art spaces, hotels, and other venues around the city. One interesting venue was Shinola Detroit, the old shoe polish factory that now manufactures high end watches, bicycles, and leather goods.

As often the case with fine dining, each of the chef's plates looks like a masterpiece of art,appropriate since the pop up holds its events around the Detroit Institute of the Arts and the Art Center Community Garden. 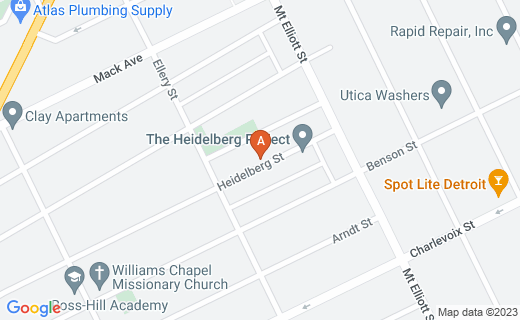 313 The Live Experience, at Baker's and Elsewhere Downtown

A Michigan State Historic Site, Baker’s Keyboard Lounge is the oldest jazz supper club in America. Live music from the club is streamed online at livedetroit.tv, if you'd like to listen.

With a piano-shaped bar and Art Deco décor, the club is not fancy on the outside, but it is clean and it is entertaining, attractive, and friendly inside. The exterior reminds me of the high end Top Steak House n Columbus, Ohio; but unfortunately, that great place closed down. Bakers is still operating, even beating bankruptcy in a troubled but elegant city.

The food on the menu is the kind that draws attention and has been enjoyed over the years by folks like my father on business trips to Michigan, as well as by residents. Their smothered pork chops are some of the best in the country and several fish selections are popular. Chicken wings, catfish nuggets, turkey, salads, sandwiches, and prime rib are also always good here. Nearly two dozen side dishes and a lie of dessert pies and cobblers are difficult to top. 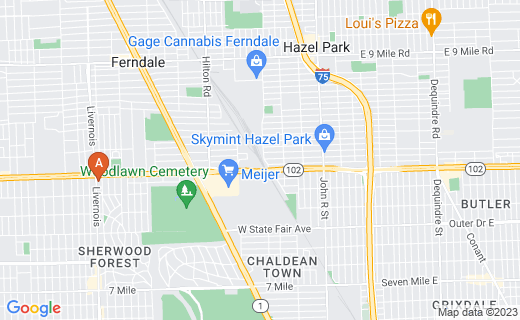 Coneys in Detroit are a genre unto themselves. They are smothered in chili sauce and yellow onions, with mustard. One usually fills an entire luncheon plate, there is so much on the bun. Some of the best coney places in Detroit include: 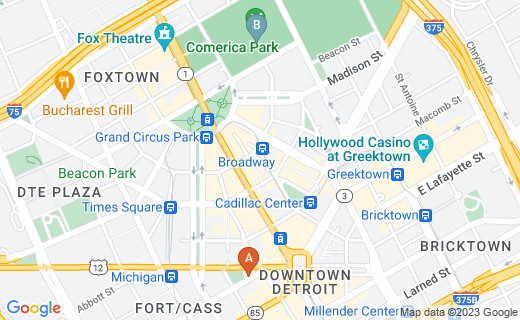