How To Make A Lighter Healthier Chicken Parmesan

Just about everyone I know loves Chicken Parmesan or as it's also known by its Italian name--Chicken Parmigiana.

If you happen to be watching your calorie and fat intake, however, the true breaded version of this Italian favorite smothered in cheese is something you shouldn't eat all the time.

In an effort to continue to enjoy some of our favorite dishes yet use a healthier version of some old standards, I came across Joy Bauer's recipe for Grilled Chicken Parmesan.

I loved the simplicity of her recipe but I did think her use of cheese a little on the excessive side. It all becomes a matter of learning to live with less of some stuff with the up side being that you get to enjoy more of the "bad" stuff when it's cooked in a healthier way. So shaving off some of the cheese in her recipe made this already healthier recipe even better.

This dish is traditionally served with pasta noodles. If you're going to do pasta, try some of the wheat or brown rice noodles instead. They are by far more nutritious and once you get accustomed to the taste, they're really quite good. It also seems that you eat less of the noodles when they aren't made of white or more processed flours.

Also try my suggestion for Northern style pasta dishes with a twist--instead of pasta.

How to Flatten a Chicken Breast

Doing a basil chiffonade adds a delicate (and delicious) garnish to any Italian dish but especially flavorful with Chicken Parmesan.

How to Make a Basil Chiffonade 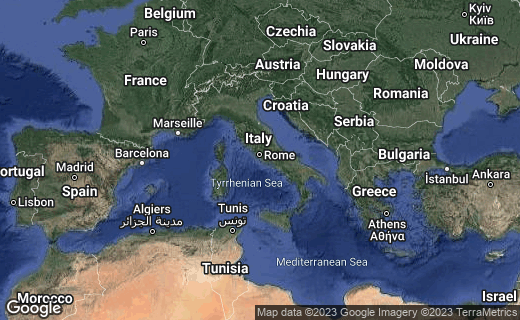 However, if you want a neat way to replace potatoes and still have the "flavor" of mashed potatoes, here's a simple substitute--cauliflower mashed potatoes.

Many people are skeptical but I think they taste like the real deal--and once you get used to them, you'll hardly ever miss the real kind.