How I Live With a Gluten Free Diet

What Is A Gluten Free Diet?

People that have Coeliac Disease, or just have an intolerance to gluten must be on a gluten free diet. Most of you are probably wondering what a gluten free diet is. A gluten free diet is when you remove gluten from your diet. Gluten is a binding protein in wheat, rye, barley, and spelt. When a person with Coeliac Disease eats something with gluten in it, the enzyme, tissue transglutaminase modifies the gluten protein. The immune system cross reacts to the enzyme, causing an inflammation. This inflammation causes a truncating of the villi lining of the small intestine. This interferes with absorption of nutrients, because the villi lining is responsible for absorption of nutrients. Therefore, those that have this reaction to gluten protein, must go on a lifelong gluten free diet.

How I Live Without Gluten

When reached my teen years, I started having a small reaction to gluten. My symptoms were nausea, stomach pain, headaches, and hands so dry, they were raw and painful. I have a cousin that is also gluten fee, and when I compared my symptoms to his, I realized my problem. I was intolerant to gluten. At first I was OK with this, but then I realized I wouldn't be able to eat most of the things I loved; pizza, hoagies, chocolate cake, cinnamon rolls, etc. I was devastated. How was I supposed to live without bread in my life? So, I searched everywhere for gluten free options.

When I found that our local health food store carried gluten free bread, I was overjoyed! I could now eat sandwiches again, but what about the other stuff, the pizza, chocolate cake... I searched online, then. I found my chocolate cake, and an awesome pizza recipe. They had different flours in them. Stuff like rice flour, tapioca flour, potato flour, and xanthan gum. I looked at the health food store again, and I found those flours! YAY!! I could now make my own pizza crust, chocolate cake and cinnamon rolls! I soon found out that if I combined two cups of rice flour, two thirds cup of potato flour, and one third cup of tapioca flour, I could use this combination to substitute in other recipes that I otherwise couldn't eat!

After a few months of this new diet, I found bagels, hamburger buns, and hotdog buns made by the same company that made the bread. I also found boxed donuts, sandwich cookies, wafer cookies, crackers, and cake mixes that were also gluten free! I even asked at our local bakery and they said that they would make gluten free doughnuts on special order! 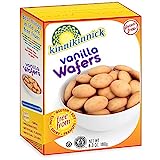 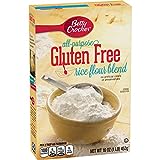