How Many Times Has Ground Beef Been Recalled

Avoid cooking recipes with hamburger. Ground beef has been recalled 6 times that the public is aware of. In 2007, 2009, 2010, 2011 and now 2013. The reasons were salmonella and E. coli bacteria. The USDA has a list on their website of the open cases. There are too many to list here but I have the web address listed below.

A company that is responsible for approximately 500 pounds of ground beef recall is Jouni Meats, Inc. Sterling Heights, Michigan.

So far, there has been approximately16 people, that's been reported, to have been affected in about 5 states that's linked to salmonella poisoning. WebMd list the systoms to include diarrhea, fever and abdominal cramps, lasting 4 to 7 days. The symptoms develop 12 to 72 hours after infection. Diarrhea causes dehydration, severe enough to be hospitalized.

Ground beef recipes are popular, especially the quick recipes with hamburger, like hamburger helper. It's not worth getting sick, avoid ground beef.

The Main Cause of Salmonella Poisoning

The causes include employees not washing their hands often, not wearing protective wear, such as gloves and face masks. Contamination can start at the beginning of the handling process, at the plant where the beef is grind up into ground beef. It's all in the handling and the process.

At home, hands should be washed often, counters, utensils and cutting boards should be washed; or any place where food is prepared. Food should be cooked well done, raw meats should not be eaten or raw eggs. Check the expiration on milk. These are the main causes, at home and the beginning of the process at the plant where the food is processed.

Food poisoning is painful and it should not be left untreated, it is a bacterial infection that can cause many problems, such as, Reiter's Syndrome. It has the same symptoms as arthritis, such as inflammation of the joints and it can cause arthritis. Inflammation can affect the urinary and gastrointestinal tracts.

First, an examination by a physician, blood tests and stool culture to determine if it is salmonella.If the diagnosis is Salmonellosis, do not prepare food for anyone.

Treatment maybe a prescription for antibiotics, drink rehydration fluids, not soda pops or other sugary drinks.

The information here is not intended to replace the advice of a doctor. I disclaim any liability for the decisions you make based on this information. (tdm2013) 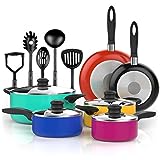