Have you ever had beer can chicken?

5 stars from 2 ratings of Beer Can Chicken

The History of Beer Can Chicken

Cooking food with alcohol is not a novelty. You can find recipes for chicken cooked or prepared with alcohol in some form or another around the globe. From China to South America, there have been many chickens that would fail police roadblocks checking for DUIs. Yes, there have been that many drunken chicken down through the ages.

So it stands to reason at some point a nameless Mensa member who had one draft too many with his buds in the back yard got the bright idea to ram the south end of a chicken on a beer can, plop it on the grill, cook that bird and call it "beer can chicken".

I've marveled we haven't seen these birds launched into space and found countless numbers of them in orbit around Earth. But, you know what they say, God protects children and fools.

All humor aside, evidently someone was onto something and the trend took root. Beer can chicken also became know by other names: beer butt chicken, dancing chicken and chicken on the throne.

If you do use a can, it's imperative you open the can and pour half the liquid out. Also, it would be an additional precaution to make extra holes in the top of the can.

Beer Can Chicken Gone Bad - Don't Do This at Home

What's So Great About Beer Can Chicken?

There are some advantages to cooking a chicken in an upright position over a container of liquid:

At some point in time some one must have realized putting the south end of a chicken on a beer can or even a soda can wasn't the most stable idea in the world. I imagine there might have been an accident or two and I can imagine there wasn't much forethought into chicken removal from the grill and the can. It had to have been a touchy situation. Tongs usually are the tool for removal when using cans to roast your bird.

But, as they say, necessity is the mother of invention, and someone saw the opportunity to invent the perfect "beer can chicken" cooker. I prefer to call them chicken roasters.

Many grill companies decided to join the fray and designed "beer can cookers". You will find many types on the market. The primary requirement I suggest is when you purchase one there needs to be a well in the center of the cooker for the addition of your liquid and herbs and spices. The allows for that liquid and spices and herbs to permeate throughout the chicken. The poultry roaster we use is the Weber Poultry Roaster. 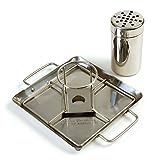 Suggested Liquids and Ingredients for the "well"

For Christmas Eve my husband, Tall & Handsome roasted a "beer can chicken". I was going to use half of the chicken for panini sandwiches and the other half for Southwestern Roasted Chicken and Corn Chowder. I use rotisserie chicken a lot in my cooking, but T & H decided to provided the freshly roasted chicken for Christmas eve cooking.

The rub was a commercial rub, but we make many of our own rubs. For this chicken he added apple juice in the well of the roaster and two cinnamon sticks. He basted the chicken with apple juice in a spray bottle. He used Jack Daniel's wood chips that had been soaked in apple juice. The chicken was grilled on medium indirect heat until the temperature of the bird reached 165 degrees F.

About 2 cups of wood chips that have been soaked at least 30 minutes in a liquid prior to grilling - apple juice was used for this recipe and Jack Daniel's wood chips were used. Drain before using.

1. Wash the chicken and remove any giblets if there are any in the cavity of the bird. Preheat grill to indirect medium heat. Add the soaked wood chips.

5. Place the beer can roaster with the chicken over the indirect heat. Grill until the internal temperature of the chicken reaches 165 degrees F. Baste about every 15 minutes with the apple juice in the spray bottle. Allow chicken to set about 10 minutes before slicing.

Beautiful Chicken Right Off the Grill 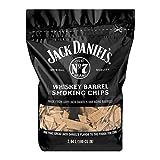 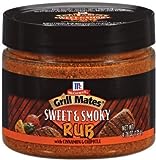 Our Weber Poultry Roaster - AKA Beer Can Roaster

Remove the Top and Fill with Liquid

Make Sure the Chicken is Securely on the Roaster 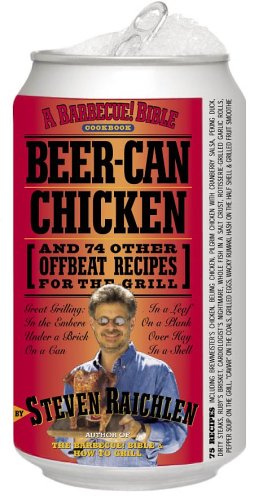 Beer-Can Chicken: And 74 Other Offbeat Recipes for the Grill
One of Tall and Handsome's favorite cookbooks.
Buy Now

You can add extra flavor and tenderness to you chicken with rubs, marinades and brines.

Rubs can be commercial or "store bought" or homemade. We do both. If you make your own you can really monitor sodium content, but there are some great rubs on the market that are low in sodium.

The same is true for marinades and brines.

Using the "beer can roaster" makes beer can chicken a tasty and safer way to grill what was once a risky, red neck barbeque bird. Now, it truly is a simple technique to master using the roaster. There are several affordable durable ones on the market. We've been using ours for years and enjoyed more birds than we can count.

The county cousin has truly come to town - and it taste soooo good.