How to Make a Vegetable Soup Stock

Humans have been heating water to cook foods, since we discovered fire.. However, the cooking technique of boiling was not commonly-used until the invention of waterproof and heatproof containers which took place approximately five thousand years ago.

There were many advantages to using boiling as a cooking technique. One, water turns to steam at a constant temperature that does not exceed F. 212 at sea level.

Hot water has the ability to easily and quickly impart its energy to the food; and to consistency, in addition, boiling provides a lower cooking temperature than does frying, roasting, or baking.

Boiling expanded our menu because it also permitted the fuller use of animal and plant products, and this enlarged the selection of foods that our ancestors could consume.

Until then bones, for example, were inedible no matter how they were prepared. When you boil bones whatever nutritional value these unused parts possessed is extracted.

Likewise, some plant part, such as acorns, were inedible in their natural state, but became consumable after boiling. Acorns are edible only after the tannin has been removed by boiling.

A good soup all starts with the stock, if you get this step correct you are on your way to a delightful meal. Soup can be a side dish, an appetizer or the main course, it all depends upon the recipe you follow and what you wish to achieve.

Soup is a great way to use up the leftover that you would otherwise discard, or hopefully, compost.

This stock was made from what I had it the fridge which is how I always start. Just about any vegetable will do, just slice them and cook them. Carrots, cabbage, onions, celery, broccoli and more all add their unique taste and goodness tot eh stock.

Bring to a boil, let cook for one hour

I then proceed to make the soup of my choice or put the stock into a glass container with a good tight lid and set aside for another day. I usually make enough to do both. 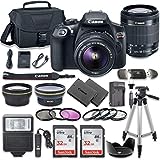